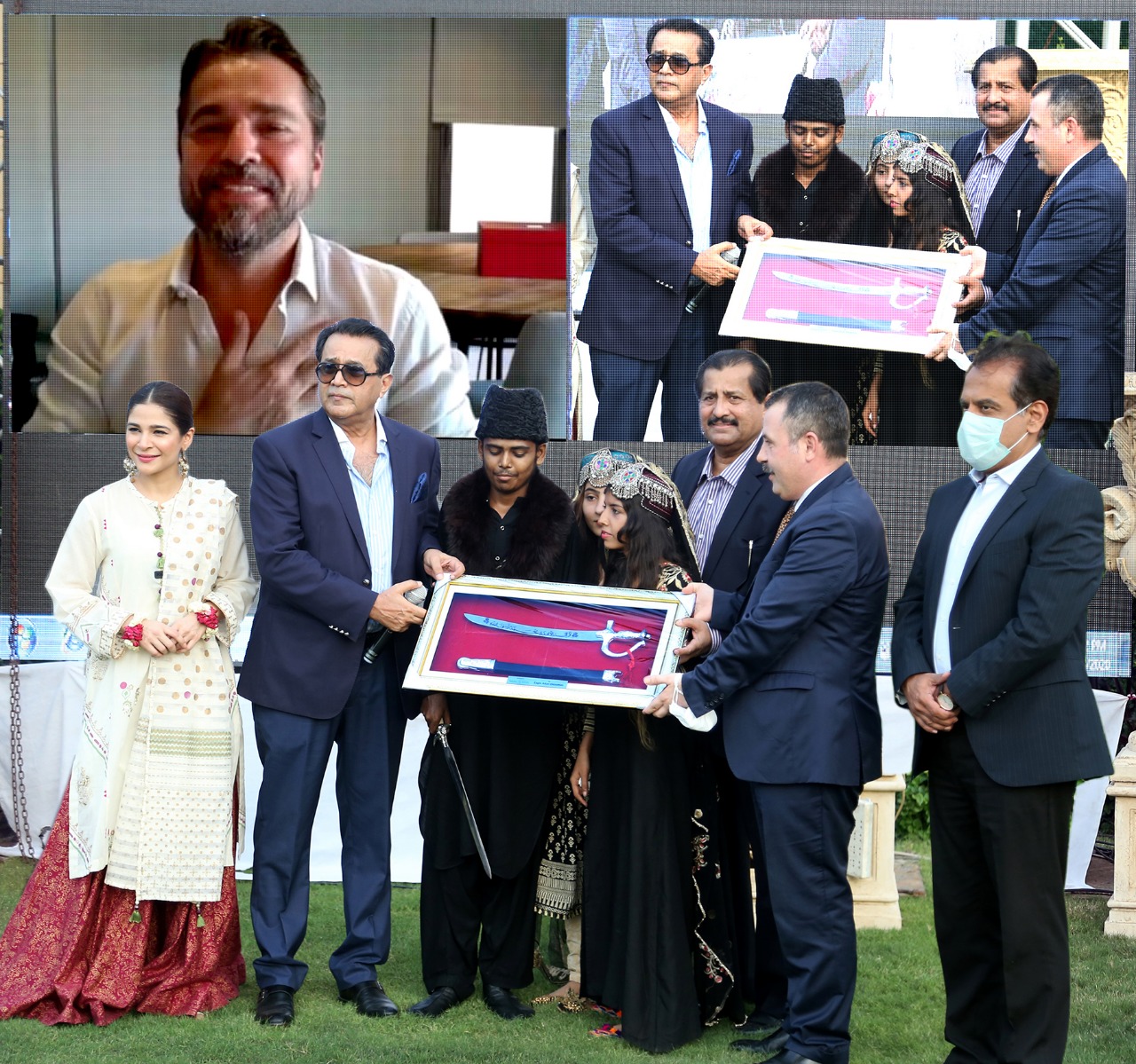 Renowned Turkish star Engin Altan of super hit drama serial “Ertugrul Ghazi” met three Make-A-Wish children who wished to meet him. A colorful wish granting ceremony was organized by the foundation. The wish children were wearing traditional Turkish outfit from historical drama serial “Ertugrul Ghazi”. Talking to the children via video link, Engin Altan said that “I am touched by the love & affection from Pakistan and especially from Make-A-Wish children”, he said he will visit Pakistan soon to meet Make-A-Wish children. The children Sidra, Fiza & Sohail suffering from life threatening illnesses talked to their hero live and presented a gift of sword to Engin Altan, as per the theme of his play “Ertugrul”, which was received by Turkish Consul General on behalf of the super star. At the welcome speech, the organizer & Founder of Make-A-Wish Pakistan Ishtiaq Baig said that “People of Pakistan consider Engin Altan as their hero, your kind gesture meeting Make-A-Wish children is commendable, which shows that you are not only a great actor but also a great human being”. Ishtiaq Baig further said that Engin Altan is so popular in Pakistan that even if he contest election here, he will surely win. At the occasion, the theme song of Ertugrul Ghazi was presented by Make-A-Wish volunteer.