The Khyber Pakhtunkhwa Provincial Civil Service Officers Association on Wednesday raised concern over the appointment of Chief Secretary in the province. They have informed Chief Minister, Mahmood Khan via letter to appoint chief secretary from amongst province service officers.

In a letter addressed to the chief minister, the association wrote that Article 240 of the Constitution gives authority, postings against all provincial posts including chief secretary are the constitutional right of provincial service.

The document received from media groups said that Article 240 (B) of the Constitution was regarding provincial posts and civil services under which KP Civil Servants Act, 1973 was enacted. However, consisting on six pages letter informed that a provincial service had all the rights to an appointment on all those posts including that of chief secretary.

Furthermore, it is said that Pakistan Administrate Service was a federal service and formed under CSP Rules, 1954 and since those rules were not framed under any constitutional or legislative provision; those lacked legal and constitutional status.

The latter explains that PAS was functioning without any legal instruction but since PAS was a federal service, therefore, its officials could not be posted against provincial services including the post of chief secretary.

Furthermore, the federal officers could be posted under the federal legislative list parts I and II and All Pakistan Federal Legislative List part II, latter informed. However, the document explains that the appointment of the chief secretary by establishment division was extra-constitutional.

The representative of the association said that PAS and Police Service of Pakistan as a cadre did not belong to the center, rather the provinces. However, “The provincial civil servants may then manage the federal positions,” the official said. 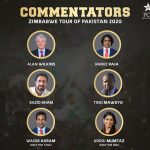