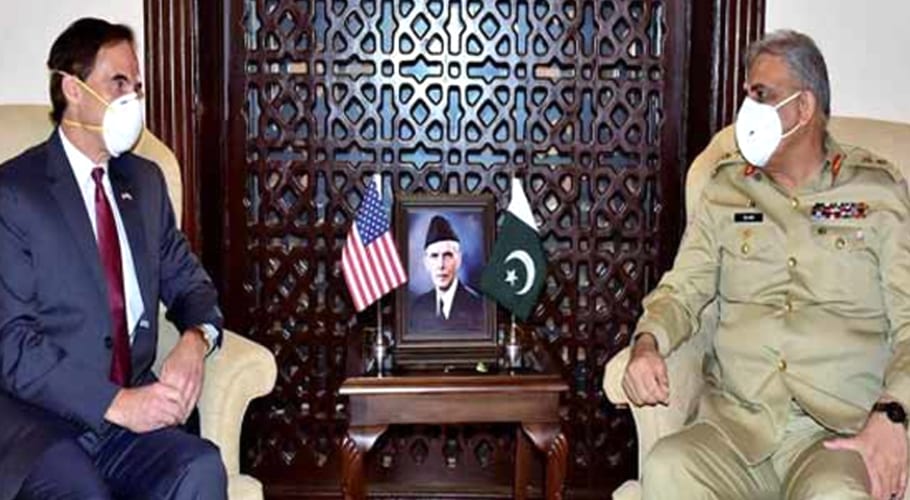 A statement issued by Inter-Services Public Relations (ISPR) said COAS Bajwa thanked the US Charge d’Affairs for his services and contributions in Pakistan.

Pakistan played an important role in facilitating the peace process between the Taliban and the US, he said.

On March 4, Foreign Minister Shah Mahmood Qureshi had clarified that Pakistan only facilitated the Afghan peace process for ending the decades-old war in the country.

He said this while taking the upper house of the parliament into confidence over the US-Taliban peace deal.

Following the successful dialogue, the US and the Afghan Taliban had signed the peace deal on February 29, marking an end to the 18-year-war in Afghanistan.

US Special Envoy Zalmay Khalilzad and Taliban Deputy Leader Mullah Abdul Ghani Baradar had signed the agreement as representatives from each side.

The US and NATO troops would withdraw from Afghanistan within 14 months, a joint declaration had said, which was released minutes before the deal was signed.

The signing ceremony of a peace agreement between the US and Afghan Taliban was also attended by representatives of 50 countries, including foreign ministers.