US Democrats have nominated Joe Biden as their 2020 presidential candidate, formally designating him to challenge incumbent President Donald Trump in the November election. 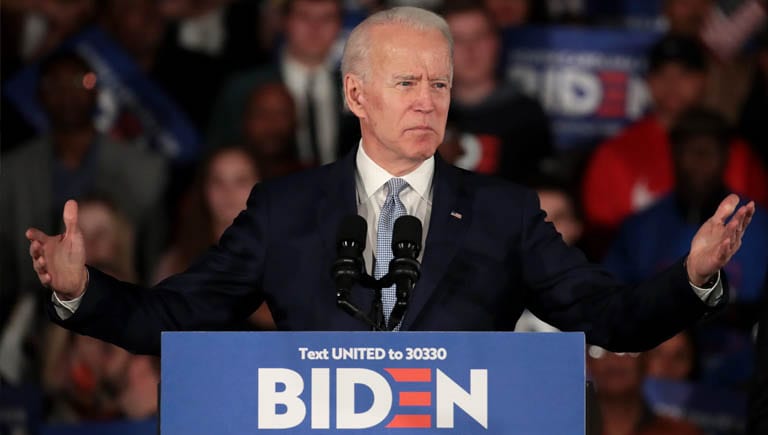 With the four-day convention largely virtual due to the coronavirus, delegates from around the country cast votes remotely to confirm Biden as the nominee. The nomination was a formality as he had already won the majority of the more than 3,900 delegates back in June.

“Well thank you very, very much, from the bottom of my heart,” a beaming Biden said in a live video link as he celebrated the nomination. “It means the world to me and my family,” he added, reminding viewers he will deliver a formal acceptance speech on Thursday at the conclusion of the four-day jamboree.

Biden’s wife, Jill, said that if elected, her husband would bring to the White House “leadership worthy of our nation” at the time of an historic coronavirus pandemic and economic depression.

“There are those who want to tell us that our country is hopelessly divided, that our differences are irreconcilable. But that’s not what I’ve seen over these months,” Jill Biden said as she gave the final remarks of the night. “We’re coming together and holding onto each other. We’re finding mercy and grace in the moments we might have once taken for granted. We’re seeing that our differences are precious and our similarities infinite.

Jill Biden has played an active, behind-the-scenes role in her husband’s third run for the presidency over three decades. Aides say she offered her thoughts on his choice of a vice presidential running mate before he chose California Senator Kamala Harris last week, making Harris the first Black woman and South Asian American to be picked for a spot on a national U.S. political ticket.