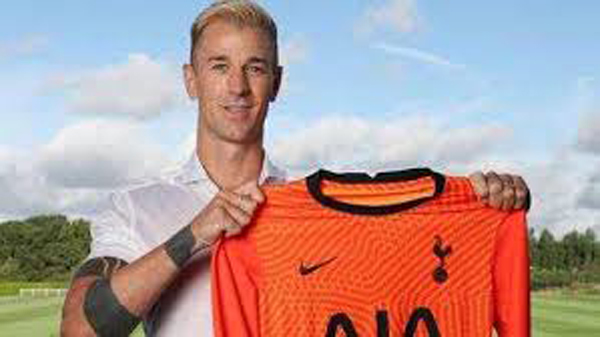 LONDON: Tottenham Hotspur have signed Joe Hart on a free transfer, with the former England and Manchester City goalkeeper signing a two-year contract, the Premier League club said on Tuesday. The 33-year-old left Burnley at the end of his previous contract in June, having made three appearances in all competitions last season after he found himself behind compatriot Nick Pope in the pecking order. Hart, who was capped 75 times by England, will compete with first-choice keeper Hugo Lloris and Argentinian Paulo Gazzaniga at Spurs. “We are delighted to announce the signing of Joe Hart on a contract until 2022,” Spurs said in a statement. Hart won the league twice with Manchester City but lost his place in the team after the appointment of manager Pep Guardiola in 2016. He later had loan spells at Italian side Torino and West Ham United before signing permanently for Burnley in 2018. He is Spurs’ second signing of the transfer window following the arrival of Denmark midfielder Pierre-Emile Hojbjerg from Southampton in a deal reportedly worth around 15 million pounds ($20 million). Spurs finished sixth in the league and will play in next season’s Europa League qualifiers. The new Premier League campaign begins on Sept. 12.