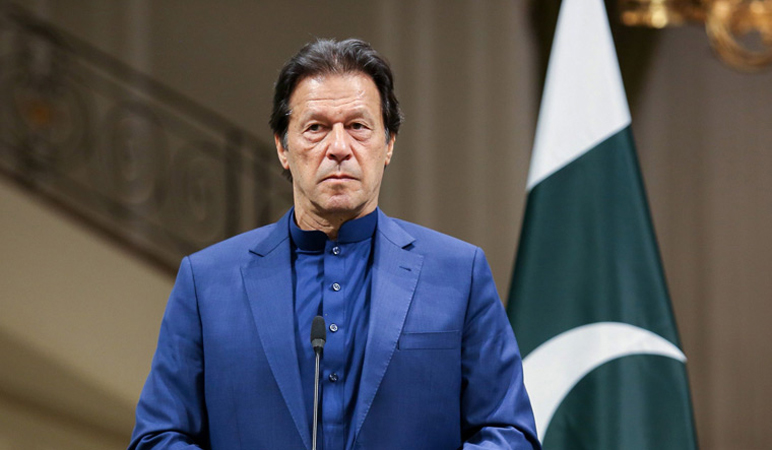 ISLAMABAD: Prime Minister Imran Khan has sideline the idea of a bilateral series with arch-rivals India and said that it would be “terrible” due to the hostilities between the countries, an excerpt from Sky Sports’ Out of Exile documentary has revealed. The premier suspects that the frosty relations between the two countries would reflect in the stadium – something, which he recalled from his own experience, wasn’t always the case. “Right now, playing cricket in this atmosphere with this sort of (Indian) government in power, I would imagine it would be a terrible atmosphere on the cricket ground,” he is quoted as saying. It is pertinent to mention that the two sides last played a bilateral series in 2012 when India hosted the neighbours for two T20I and three ODIs. The former cricketer also shared a few drastically different cricket experiences against India to make his point.

“I played two series in India. One in 1979 when the two governments were trying to come close. I can’t tell you how wonderful the atmosphere was on the cricket field. Big crowds,” he recalled. “The next time I went was in 1987 and this time, there was tension between the two governments. I saw hostility in India which I had never seen before. Our players were being pelted from the ground and I made them wear helmets while fielding at the boundary. It wasn’t a very good atmosphere on certain grounds.” “When India came to Pakistan in 2005, again the governments were trying to get close. I never thought I would see on a cricket ground what happened. Pakistan lost to India in Pakistan and the crowds cheered the Indian team. Great atmosphere.” The PM also compared a Pak-India series to that of the highly acclaimed the Ashes which is played between England and Australia. “There’s nothing quite like the Ashes for the English. But Pakistan-India series is just in a different league in terms of tension, pressure, and enjoyment,” he said.