‘Adipurush’ is Prabhas’ next film with ‘Tanhaji: The Unsung Warrior’ director Om Raut 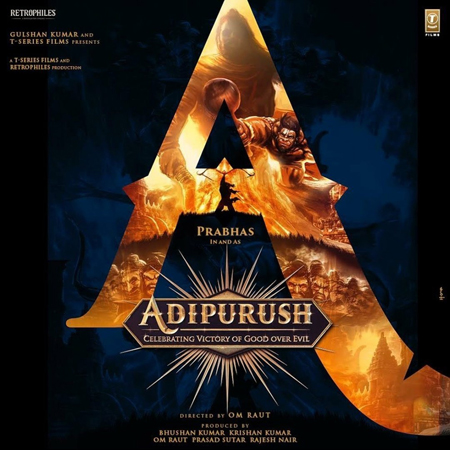 Folks, here’s another big announcement by superstar Prabhas. After ‘Radhe Shyam’ and a film with Deepika Padukone, he is all set to star in another big project, which will be directed by ‘Tanhaji: The Unsung Warrior’ helmer Om Raut. Prabhas and Om Raut had teased on social media that a big announced is in store on Tuesday morning at 7.11 am and, ‘Adipurush’ it is!

‘Adipurush’ will be Prabhas’ 22nd film. It appears to be an action-drama and the tagline reads, “Celebrating the victory of good over evil.” Here’s the first look of ‘Adipurush’, as shared by Prabhas:

It is Prabhas’ first collaboration with Om Raut. It is a 3D film and will be shot in Hindi and Telugu while it will be dubbed in Tamil, Malayalam, Kannada and several international languages.

Meanwhile, trade analyst Taran Adarsh said, “‘Adipurush’ is a big screen adaptation of an Indian epic that revolves around the triumph of good over evil… Talks are on with a big name to enact the part of the antagonist.” ‘Adipurush’ is co-produced by Bhushan Kumar, who also worked with Prabhas in ‘Saaho’. They have also collaborated for ‘Radhe Shyam’.