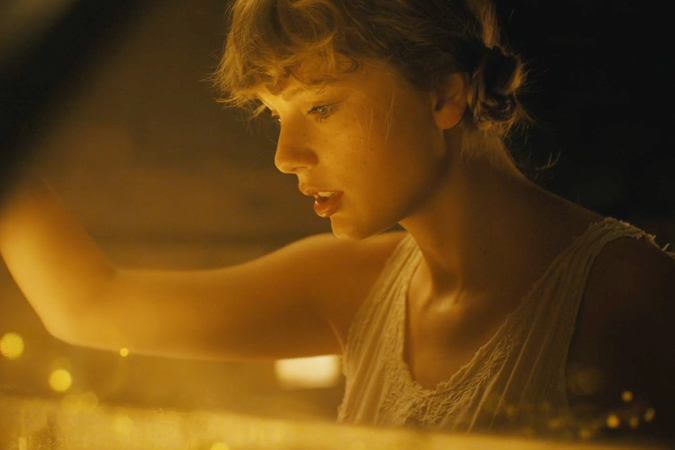 Taylor Swift’s new video “Cardigan” is the subject of the latest instalment of Footnotes, a Vevo series that offers behind-the-scenes facts and insight into music videos.

In this edition, we discover that the art on the wall in the video’s opening scene carries personal significance to Swift: Her grandfather’s portrait hangs beside a painting Swift had made of a white house during the first week of quarantine. Her grandfather is also referenced in the Folklore song “Epiphany.”

The video was also inspired by the period and fantasy films Swift watched while sheltering in place, which she sent as references to cinematographer Rodrigo Prieto. Swift wanted the imagery to be a metaphoric representation of the demise of a relationship: She goes from a lush green forest to nearly drowning with her piano in the ocean. “I was inspired by the feeling of isolation and how that can be either freeing or terrifying, and how it causes you to reminisce on the past,” she told Vevo.

Swift dropped the self-directed video for “Cardigan” at the same time she released her surprise eighth album Folklore. The album was entirely written during quarantine, primarily as a collaboration with the National’s Aaron Dessner. Both the single and album debuted at Number One on Rolling Stone’s charts.