Angelina reveals what family time looks like in her household 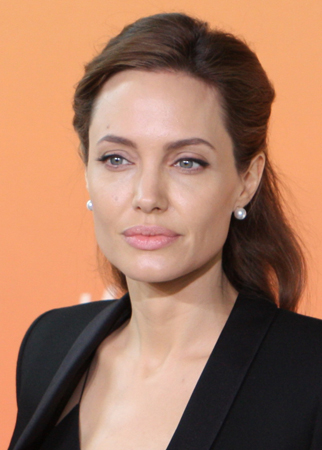 Angelina Jolie thrives in chaos. The A-list actress made this very point during an exclusive chat, which aired on Monday, Aug. 17’s Daily Pop, with E!’s own Lilliana Vazquez. Amid the interview about Angelina’s new Disney+ film, titled The One and Only Ivan, Lilliana asked Angelina about her full house amid the ongoing coronavirus pandemic.

“You know, I’ve never been one who valued relaxation,” the mother of six exclusively shared with Lilliana. “I like chaos.”

As she continued, the Oscar winning actress revealed that she’s no stranger to her children and pets interrupting “high level meetings.”

“I’ve been on high level meetings where there’s dogs and balls and kids and things,” she said in regard to their home life. “You kind of just enjoy being human with everybody else and laughing through it.”

In order to give her kids “a bit of structure,” Angelina said she tries to “make schedules at home.” However, per the A-list star, it’s daughter Zahara who excels at organization.

“My daughter Zahara is better at organizing things than I am,” Angelina expressed.

And while they may be one of the most famous families in the world, Angelina made it clear they’re just like everyone else. Case in point: They love having movie nights all together.

“Well, we’re all there. So, all six kids, my oldest son’s home from Korea” she relayed. “Lots of popcorn and just like really every family, we’re just pajamas, robes, snacks.”

Thankfully, The One and Only Ivan is a film the whole family can enjoy. Angelina noted about the film, “It’s all wrapped in this really unusual package and there’s something very honest at the center of it.”

As for Angelina’s co-star Brooklynn Prince, who joined Angelina for the interview, she said she was “so excited” to become a Disney character-and to work with her “idol.”

Even though Brooklynn is only 10 years old, Angelina revealed she was thoroughly impressed with the young actress.

“The great thing about her, no one could make her false,” Angelina gushed about the The Florida Project star. “It’s part of why we were all drawn to her in the first place.” The One and Only Ivan is heading to Disney+ on Aug. 21.