Imran Khan has settled on the crease now: PTI 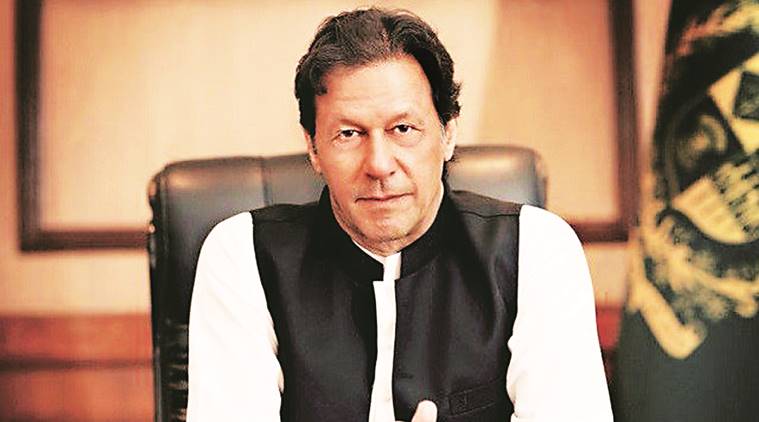 Minister for Information and Broadcasting Senator Shibli Faraz said on Tuesday that for people of Pakistan, difficult period is over now and good time has arrived, which has been reflected in multiple positive developments during the last week.

He was briefing the media persons about two-year performance of the Pakistan Tehreek-e-Insaf (PTI) government along with Foreign Minister Shah Mahmood Qureshi, Adviser to the PM on Finance Hafeez Shaikh, Minister for Planning, Development and Reforms Asad Umar, Minister for Industries Hammad Azhar and Special Assistant to Prime Minister on Poverty Alleviation and Social Protection Dr Sania Nishtar.

The 204-page report, compiled by the Ministry of Information and Broadcasting, contained the government’s achievements and reforms in diverse fields during a period from August 18, 2018 to August 18, 2020.

He said the incumbent regime is presenting its two-year performance to the public which is the essence and basic practice of democracy. He said in past, rulers focused on their personal welfare instead of working for betterment of people and the country, but now the masses had rejected this brand of politics. The objective of PTI formation is to serve the masses and make Pakistan an Islamic welfare state on the pattern of the State of Madina based on compassion and justice.

Talking about the role of the Ministry of Information and Broadcasting, he said that in the changed international scenario, its responsibility is not only to project the government policies and its achievements but also counter enemies’ propaganda. He said that certain forces are hell bent on damaging the national economy, spreading dependency and frustration among the masses. He said every citizen, every journalist and every politician will now play his due role in achieving victory against such forces.

Foreign Minister Shah Mahmood Qureshi said that dynamic and robust foreign policy being pursued under the guidance of Prime Minister Imran Khan was paying dividends as Pakistan achieved numerous milestones at the global and regional fora. He said that a visible shift during the last two years of PTI government has been witnessed on the foreign policy front. Dilating upon these achievements driven by four main objectives, he said Pakistan effectively countered Indian agenda of pushing the country into diplomatic isolation with effective representation of its narrative which helped in forging new understanding at the regional and international levels. Indian maneuvers were effectively defeated which was evident from the regional context where all the neighbouring countries including China and Nepal had rejected Indian expansionist designs, he added.

About, Pakistan-China time-tested ties, the foreign minister said that they succeeded in transforming this strategic partnership into an economic partnership because they had shared objectives. He said both the countries wanted to strengthen these ties further.

Qureshi further said during Prime Minister Khan’s visit to Turkey, a decision was taken on new trade and investment framework. Besides, the expanding partnership with the European Union, the government also launched its ‘Engage Africa’ initiative to put their footprint in the largest continent with immense trade and business opportunities.

Minister for Planning, Development and Special Initiatives Asad Umar said that after facing crisis inherited by the incumbent government from the previous regimes, Prime Minister Imran Khan had settled on the crease now and was ready to play a long and productive innings for the country’s betterment.

“This is indeed a bad news for the opposition parties,” he said, adding that during previous two years, the PTI leadership and PM Imran Khan reflected all elements that were necessary for making a country strong and stable. “After struggling for 22 years, Imran Khan became Prime Minister and with the combination of dignity, courage, and grace, he successfully faced worst economic situation, Indian challenge that erupted after Balakot situation, and COVID-19 crisis,” he added.

He said the government’s timely decisions and actions minimized impact of Covid-19 on people’s health as well as economy as compared to other regional countries. He said despite pressure of imposing complete lock down from other political parties, media and civil society, the government chose the option of smart lockdown by keeping in view the difficulties of poor people.

On economic front, he said during March-July period, the exports of India and Bangladesh declined by 33 percent and 31 percent respectively while in Pakistan the exports decreased by 20 percent. “So the Pakistan faced less loss on both health and economic sides.” He said previous governments were focused only on the benefit of few families of the country however PM Imran Khan’s one and only priority was people of the country.