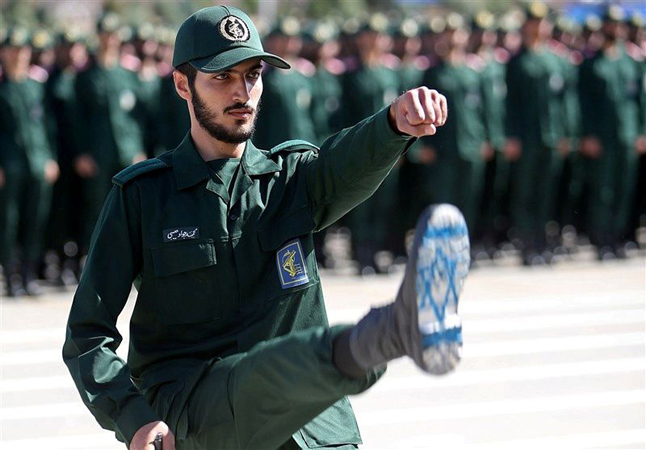 Iran’s clerical and military elite is turning up the volume of its rhetoric against a surprise agreement between the United Arab Emirates and Tehran’s arch-foe Israel to normalise ties. But the bark appears to be worse than the bite.

Iranian authorities have harshly criticised last week’s US- brokered deal, with some officials warning that the UAE and Israel cosying up to one another risks conflagration in the Middle East. Others made veiled threats against the Gulf state.

But so far, that is it. Tehran did not recall its charge d’affaires or cut ties with the UAE, as some other countries have done.

“Iran’s leadership has always favoured peace and not tension, particularly with its neighbours,” said a senior official who is close to Iran’s top decision-makers.

“We always act based on Iran’s national interests. Tehran will not take any aggressive measure as long as its interests are not endangered.”

With business ties to Iran stretching back over a century, the emirate of Dubai, 150 km (100 miles) across the Gulf, has long been one of Iran’s main links to the outside world.

Analysts said Tehran can ill afford to lose Dubai as a trade route, particularly since heavy US sanctions have drastically reduced its oil exports and made doing international business increasingly complicated.

“Iran’s leaders will never cut the branch they are sitting on,” said Tehran-based analyst Saeed Leylaz, recalling that Dubai remains one of Iran’s main links to the outside world.

Iran’s state news agency IRNA in June cited Iranian authorities as saying that the UAE, Iran’s second trade partner after China, would continue to process a huge part of Tehran’s imports and exports.

To avoid worsening Iran’s isolation, its clerical rulers decided to refrain from taking an aggressive approach to the region’s changing geopolitics, said another Iranian official.

“Tehran will not benefit from any hasty measure because other countries like Oman, Bahrain and Saudi Arabia might normalise ties with Israel as well,” said the official, who also asked not to be named because of sensitivity of the matter.

Israel and the UAE have long maintained a not-so-secret relationship over mutual interests, but the deal firms up opposition to Iran, a regional power seen as a threat by the UAE, Israel and the United States.

“The potential of the Israeli flag flying in the UAE, which is a very, very important trading partner of Iran, is a major setback for Iranian leverage in the region,” said Meir Javedanefar, a lecturer at the Interdisciplinary Center (IDC) Herzliya in Israel.

Some Iranian insiders worry that exercising restraint over the UAE could make the Islamic Republic look weak among the political and paramilitary allies in the region who have expanded Iran’s reach in the past 20 years.

For this reason, the possibility that Iran’s proxies might signal displeasure with the Israel-UAE accord by staging low-level incidents cannot be ruled out, said a regional official.

“Don’t be surprised if you witness small-scale explosions, bomb, drone or missile attacks in the region in the coming weeks,” he said.

Some of the more militant of Iran’s hardliners might see as a provocation the fact that the UAE-Israel deal means official Israeli interests will openly be stationed closer to Iran’s borders in the Gulf, the former Iranian diplomat said.

After all, since its 1979 Islamic revolution, confrontation with Israel has been one of Iran’s foreign policy pillars and Iranian officials have repeatedly called for an end to Israel.

Opposition to Israel is also part of the glue that unites Iran with a regional web of allied militias and groups that help push Iranian interests, from Iraq to Lebanon and Yemen to Syria.

But despite tough rhetoric in past crises, Iranian and Israeli officials have never indicated any interest in all-out war.

And with its economy squeezed hard by US sanctions and the coronavirus crisis, mobilising proxies will impose huge financial and political costs on Iran, where many Iranians already resent the establishment’s regional ambitions.

As frustration simmers, analysts say Iran is in the throes of popular unrest over the country’s economic grievances. Iran’s deteriorating economy has prompted widespread protests since late 2017.

“I don’t care about the Palestinian cause, I don’t care about regional politics. I care about my family,” said Masoumeh Saburi, 36, a single mother of two in Tehran whose husband is jobless. “I am struggling to provide food for my children.”