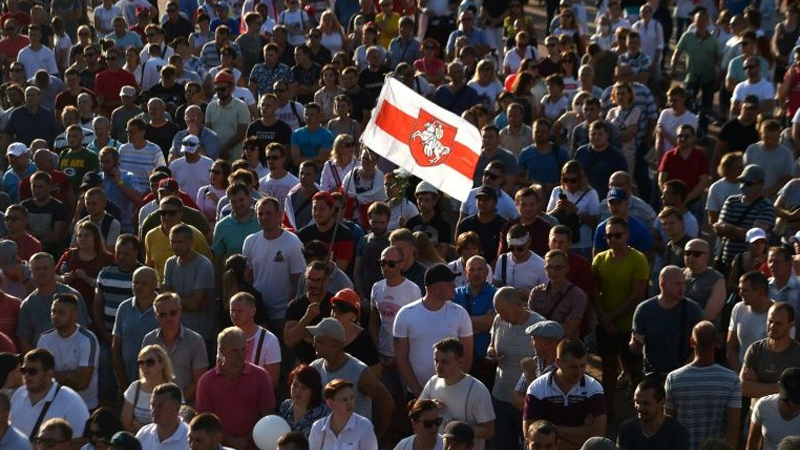 The United Nations Security Council held a discussion on Belarus Tuesday in which members were urged to do everything they can to stop the crisis from escalating.

Estonia and the United States requested the dialogue, which was held during a closed-door meeting on Yemen, under a portion of the session reserved for discussion of “any other business.”

Estonian Foreign Minister Urmas Reinsalu told the 15-member Council that it “has a key responsibility in the prevention of violent conflict and mass atrocities,” according to a statement.

“Using preventive diplomacy at all levels is of utmost importance for avoiding the escalation into violent conflict,” he said. “Today’s meeting sends a signal that we are closely following the events in Belarus and make sure the secretary-general receives the support necessary to use his preventive diplomacy toolbox where necessary.

“This Council shall remain engaged with the situation and receive update of events if the developments so require,” he added.

Belarus is gripped by mass protests against disputed elections earlier this month in which Belarusian strongman Alexander Lukashenko claimed victory and a sixth term. Belarus’s security forces brutally dispersed the massive street demonstrations that erupted following the August 9 vote which the opposition said was rigged to ensure Lukashenko’s victory. Reinsalu told the UNSC that the election results “were faked” and described the situation as “highly vulnerable.”