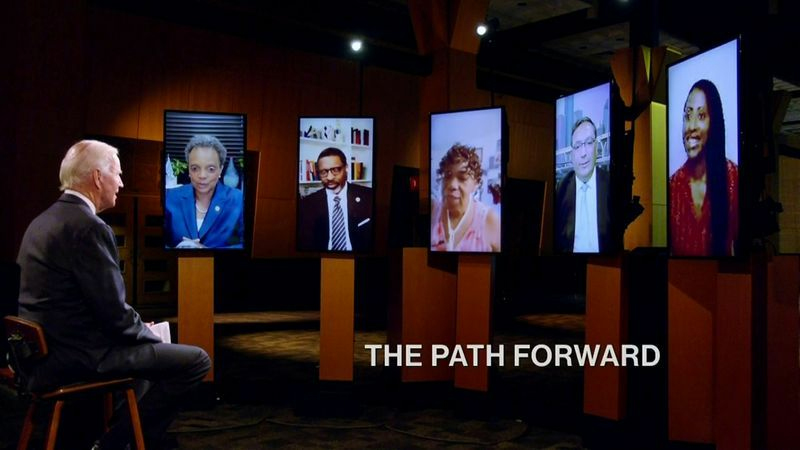 A Democratic National Convention like no other began on Monday, with virtual guests beamed in from across the country, prerecorded speeches delivered straight to camera and a handful of Republicans urging fellow conservatives to vote for Joe Biden instead of President Donald Trump.

Here are key takeaways from the opening night of the first-ever virtual convention:

As the opening sequence showed, much about this week’s convention will be about showcasing the cultural and racial diversity on which the Democratic Party prides itself.

But the program, especially Monday’s lineup, had another endgame: demonstrating what the Democrats hope is a “Big Tent” of political ideology, as well.

At one time, it would have been unthinkable for a former Republican presidential candidate such as John Kasich to appear at a Democratic convention to urge his party’s faithful to vote against their own leader.

The former Ohio governor’s speech on Monday night in support of Biden underscored how Trump’s handling of the coronavirus pandemic, his scorched-earth rhetoric and his disinterest in appeasing detractors have turned off some moderate members of his own party.

The speeches by Kasich and other Republicans amounted to an invitation to moderates that the Democratic Party can attend to their interests – even as the liberal Senator Bernie Sanders urged his own supporters to unify behind Biden as well.

In an era of extreme partisan polarization, it is a tall order to ask longtime voters of one party to change sides. But Trump’s deep unpopularity has given Democrats an opportunity, and they are trying to take full advantage.

BIDEN IN THE SPOTLIGHT

One thing to keep in mind during the convention: The American public has not seen that much of Joe Biden during this presidential campaign. He was an also-ran for much of its early stages and when he finally caught fire, COVID-19 largely wiped him off the screen.

So something like the virtual panel Biden held on racial justice on Monday night did more than simply demonstrate that he is sincerely committed to working on issues critical to the party – it also allowed undecided voters to see him in action, engaging and listening. The Trump campaign has suggested repeatedly that the 77-year-old Biden is not the man he used to be. This convention will look to prove to voters otherwise – culminating in Biden’s nomination speech on Thursday.