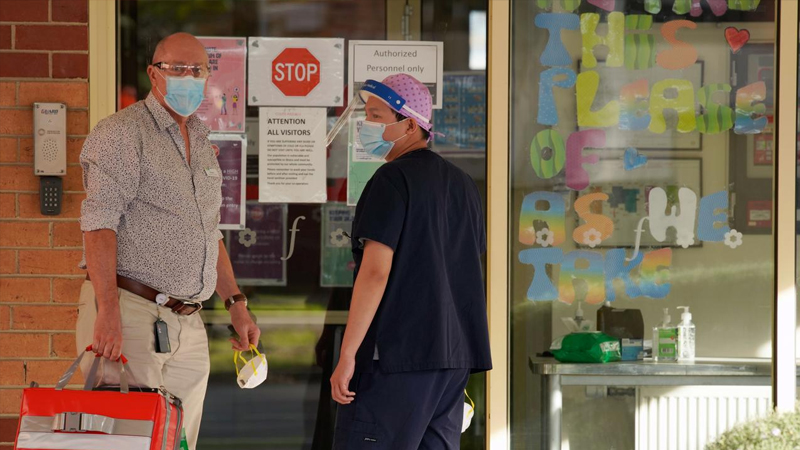 Australia was on track on Tuesday to record its lowest one-day rise in new COVID-19 infections in a month, buoying hopes that a stringent lockdown in the country’s second-most populous state has prevented a fresh wave of cases nationally. Victoria, the epicentre of Australia’s latest COVID-19 outbreak, said it detected 222 cases in the past 24 hours, while the country’s most populous state, New South Wales, reported three new infections. Although not all other states had reported on Monday, most have effectively eliminated the virus, putting the country on course to post its lowest one-rise since 212 cases on July 18. The likely national figure is well below the more than 700 infections detected in a single day earlier this month, although authorities urged some caution. “We shouldn’t hang everything on a single day’s result, but overall the trend is good,” Victoria state’s Chief Health Officer Brett Sutton told reporters in Melbourne. Australia has now recorded nearly 24,000 cases of COVID-19, while the death toll rose to 438 after 17 people in Victoria died from the virus in the last 24 hours. The slowdown in new infections comes two weeks after the Victorian capital Melbourne imposed a nightly curfew, tightened restrictions on movement and ordered large parts of the state’s economy to close. Australia’s biggest biotech company CSL Ltd, meanwhile, said it was in talks with AstraZeneca to determine if the potential COVID-19 vaccine being developed by the British drugmaker could be manufactured locally.