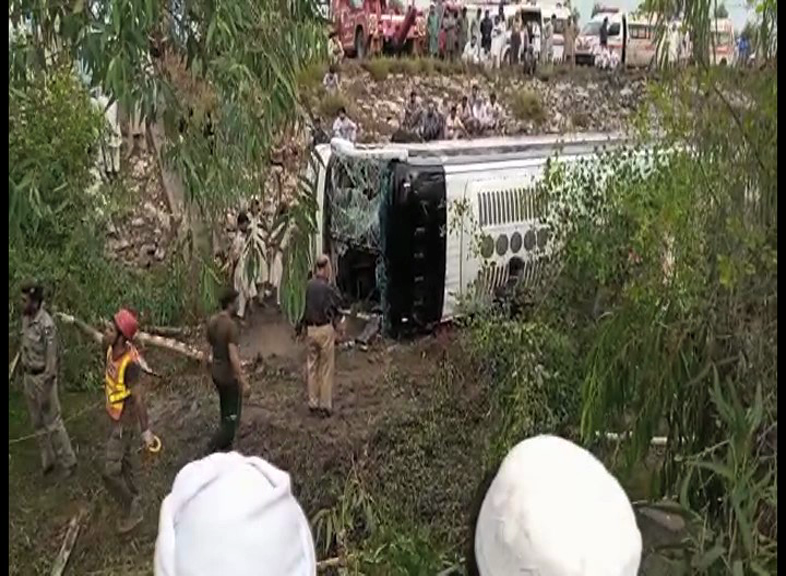 BUNER/NOWSHERA: At least 13 people died and dozens of others got injured when two vehicles plunged into ravines in Khyber Pakhtunkhwa (KP) on Tuesday.

In the first incident, eight people died and 12 others got injured when a passenger vehicle fell into a deep ravine in Chagharzai area of district Buner on Tuesday.

According to police, the dreadful road accident occurred when the victims were returning after attending a marriage ceremony. Two women and two children are also among the dead. The bodies and injured were shifted to DHQ Hospital Dagar and RHC Dewana Baba.

Earlier in the day, at least five persons were killed and several others sustained injuries when a passenger bus plunged into a ravine near Akbarpura village of Nowshera district.

According to rescue sources, the bus was on way from Lahore to Peshawar when it skidded off the road near Akbarpura, and fell into a ravine.

According to eyewitnesses, the incident occurred after the driver lost control of the vehicle, due to which it veered off the course and plunged into the ravine. According to police, the vehicle was on its way to Buner from Shangla.

The injured have been shifted to district headquarter hospital Buner.