The meeting between Bollywood star Aamir Khan and First Lady of Turkey Emine Erdogan has received backlash from Indian segments. 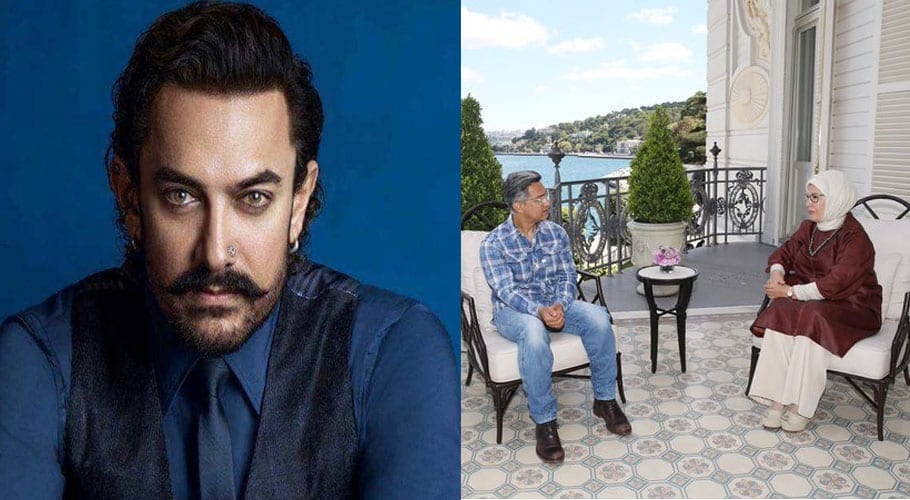 Aamir Khan, who is currently in Turkey to shoot a portion of his film ‘Laal Singh Chaddha’, is being called less ‘Raja Hindustani’ and more ‘Raja hypocrisy’ by Indian journalists over the meeting.

According to an Indian journalist, Aamir Khan refused to join Israeli Prime Minister Benjamin Netanyahu when he was in Mumbai. However, he went to Turkey to meet the Turkish premier’s wife.

In the past Erdogan had made comments about the Delhi riots and called it “massacres of Muslims”. Erdogan, a devout Muslim, had said, “India right now has become a country where massacres are widespread. What massacres? Massacres of Muslims. By who? Hindus,” in February during a speech in Ankara.

Moreover, some people expressed discontentment over the post. Relations between India and Turkey have been strained for the past few months and many pointed out that it was unwise for the actor to hold an official meet the Turkish First Lady.

People are gearing up to dislike #LalSinghChaddha trailer and crush it like #Sadak2 trailer. #AmirKhan right now: pic.twitter.com/YhlD4DdfBg