10 picnickers from Karachi die as boat capsizes in Keenjhar Lake 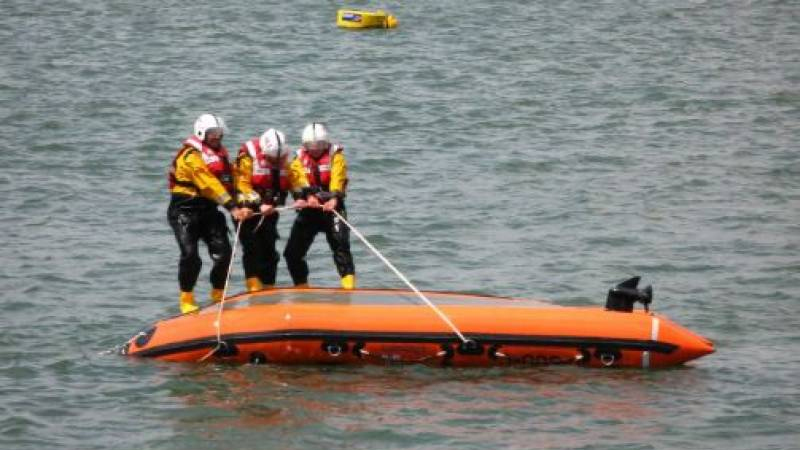 10 members of a family died as a boat of picnickers from Karachi capsized in Keenjhar Lake on Monday, police said. Police said that the residents of Karachi’s Mehmoodabad area were taking a ride when the boat overturned due to high speed and strong winds. According to rescue sources, bodies of 10 people including two children have been recovered from the lake while three women were recovered alive and shifted to a nearby hospital. They are said to be in critical condition. Deputy Commissioner Usman Tanveer said that 13 people were in the boat, including 11 women and two children. Tanveer said that swimmers from Pakistan Navy were called to help in the rescue operation. Chief Secretary Sindh Mumtaz Ali took notice of the incident, saying that the affectees should be facilitated in every possible way. The CS Sindh also warned of strict action against those found in negligence that led to the deadly accident. PPP Chairman Bilawal Bhutto also expressed grief over the incident, saying that an inquiry should be done into the incident.