* To supplement Independence Day celebrations, the Daily Times will highlight, all of August, the individuals who continue to make Pakistan proud. Our 14th interview is with the renowned award-winning actor and director Sarmad Khoosat 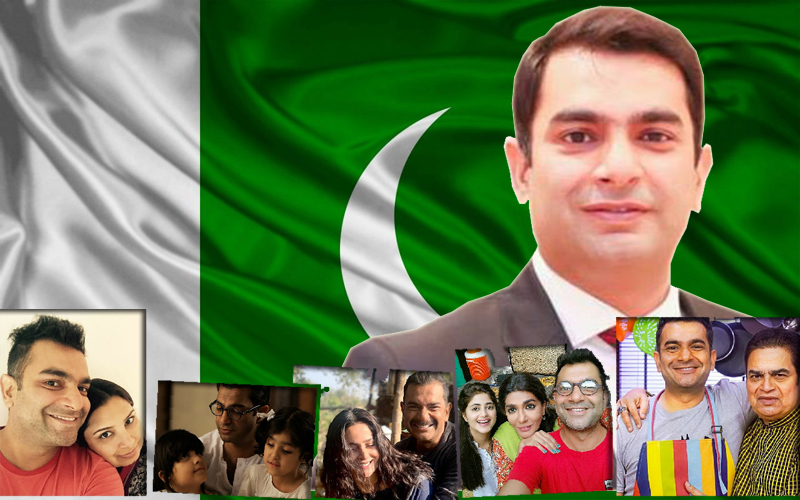 You are an actor, director, producer as well as a screenwriter. Tell us about your foray into this field. How did it all begin for you?

It is almost like a recap of the last 21 years. I was still in my college doing Masters in Psychology at that time. A couple of years before that, after my college hours, I used to go to a small ad agency working on the technical side. I got the basic orientation of the profession from there. My father was an actor and my mother was a radio artist but still there was no compulsion that any of us must become an actor following the footsteps of parents. I was also set to become a doctor and I got into psychology academically. I was doing radio and writing and acting for TV and sitcoms during those two years. One thing led to the other. The initial few years were about doing sitcoms and TV commercials both as writer and director and sometimes as an actor also. I kept working with my dad and the journey continued. In 2009, I started working for other people also out of which serial called ‘Pani Jesa Piyar’ happened for Moomal Productions. In 2011, ‘Humsafar’ happened and then drama series ‘Akhri Station’ and some feature films also added to the journey. The journey was not easy for me as opposed to the notion that I had backing and facilitations of coming from the family who was from the same profession. The journey was my own which comprises both failures and successes.

You have directed award-winning drama serials such as ‘Humsafar’ and ‘Shehre Zaat.’ In what ways do you think you do things differently from other directors, that gives your work an edge over others?

I wouldn’t like to look at my work as a director having an edge on others. Wonders are inevitable and it becomes your signature or style if you stay honest to what you know and what you don’t know also. Such things happen when you stay honest to your strengths, weaknesses, deficiencies of your grasp over the craft with an urge to keep growing, learning and keep trying new things. There are many directors having distinctive style and it is all about how your creative mind works. I didn’t go to any film school but I have been keen on experimentation and trying new things. I don’t believe in becoming an expert of a particular genre only. When ‘Humsafar’ happened, it was very easy for me to just keep doing that same kind of genre because I did a couple of plays similar to the ‘Humsafar’ plot but I tried new experiments with ‘Humsafar.’ ‘Manto’ was again a big deviation from the main-stream and it was very different from what I have done earlier. ‘Mor Mahal’ didn’t turn out be a success at all and it was a disaster on so many levels. If things don’t work, it doesn’t deter the spirit of trying new things for me. I keep alive this very spirit.

Currently, I am working on my third feature film named ‘Kamli’. We are in post-production phase of it. Some other stuff is also being made. Let’s see how it is shaped up eventually. So, ‘Kamli’ is next in line. It will come out when the time is right and cinemas reopen properly.

You are legendary actor Irfan Khoosat’s son. When you joined the industry, did you ever feel pressured to live up to expectations people had of you being your father’s son?

Comparison with Aba is very strange but it does come naturally. Initially, I was very sensitive about that kind of comparison because it was usually about making me realize how bad I was and I was not good enough to follow his footsteps. I was then diverted to the direction mode- behind the camera job because I thought my father’s area is on screen acting and stage. Gradually, it’s not bothering me because he is the bigger one in this comparison and I am so happy and comfortable with it. There are also some advantages associated with it. For example: the surname as everyone was familiar with it. The expectations were very high and I had to work hard enough to not let him down. That positive pressure or feel helped me kept going. When it comes to criticism, he is ruthless and brutal critic. He is extremely encouraging and supporting but will not spare me while doing criticism. He is very blunt and outspoken with his critique. He gives feedback to my work also but not in a patronising way.

I am extremely thankful to the kind people at Daily Times who consider me as a national hero. I don’t know if I truly deserve that or not. We all need to look inwards to increase that capacity of doing heroics things. Pakistan has produced many distinguished people who has inspired me a lot. People like Asma Jehangir and Abdul Sattar Edhi have taught us how to be a good human being. There are many people in Art and Literature who have also inspired me.

It’s not a big achievement getting awards and rewards. The appreciation that comes from anywhere and from everywhere is achievement for me. It might be a message, a call or a review from people who like my work. It encourages you to keep doing things that you love to do. There are many ups and downs in life but if I am still doing the things which I love to do then it is a big achievement. The physical sense of achievement is also there when moments like Pride of Performance Award come. The win of ‘Zindagi Tamasha’ at the film festival was also an achievement. The project called ‘No time to Sleep’ was also very experimental and brave one. So, it was also like achievement for me that I was able to do very experimental and brave project. I feel very good that I am contributing to the world of film, TV and theater and many young people are also joining it.

Pakistan means home to me. It is the country where I was born and where I have grown up. It is where I lived my life practically. The connection is very important for one’s existence and this is where my connection is. I have done some things which have made my country feel happy and proud. I own of all what is happening good or bad here. This country is my biggest identity. It bothers you when some things are not pleasant but it drives you in contributing and playing your part to make it better. Pakistan is home.

You are a filmmaker and an actor. Tell us what do you enjoy doing more?

In many of my earlier works, I was doing many things at a same time including writing, directing and acting but then I figured it out that it is very demanding. Then, I realised that one of the jobs might be affected by it and then I became very careful in selection. I decided not to do everything at the same time. When I acted for other people, I found it very relaxing and easy. The stress level is quite high when I do multiple things at the same time. I’ll love doing directing or film making if I am in complete control of telling the whole story. If I am in acting, then I think nothing compares to acting on stage and theatre because I love that. That’s what I enjoy the most.

Are you following any Pakistani drama serial currently?

Both as a maker and a viewer, I am kind of taking a break from TV. I am not watching a lot, to be honest. In initial days of lockdown, I watched the films which I didn’t watch earlier and some stuff on Netflix. I don’t remember that last play which I actually followed here. There are some that I watched in pieces. I recently watched the first episode of play ‘Ghissi Pitti Mohabbat’ and I was amazed by its writing style because our TV is saturated with similar kind of themes and stories. I recently watched the web series called ‘Churails’ that was brilliant. I watch different variety of things ranging from crime thrillers to melodramas.

Sarmad Khoosat is a versatile and a multi-talented star. He is not just an actor but also a film/television director, producer and screenwriter.

Academically, Sarmad Khoosat graduated from Government College University and earned a master’s degree in Psychology and a gold medal. He also was a member of the Debating Society of GCU.

Sarmad rose to prominence during the late 1990s, when he created the sitcom ‘Shashlik’ which ran for over three years on PTV, while his first television drama as a director was ‘Piya Naam Ka Diya’ in 2007, in which he acted opposite filmstar Saima Noor and Irum Akhtar. He then served as executive director for a soap serial named ‘Mujhe Apna Naam-o-Nishan Milay,’ directed by his sister Kanwal Khoosat. Sarmad’s TV drama ‘Kalmoohi’ that he wrote and directed, began airing on PTV in early 2010, also got good reviews. He went on to direct ‘Humsafar’ for Hum TV, which became an overnight success. His serial ‘Shehr-e-Zaat’ was especially popular with women.

In 2011, he gained significant prominence and acclaim with the TV drama ‘Pani Jaisa Piyar’ that aired on Hum TV. It won him the best director award for it on LUX Style Awards. He is the proud recipient of the coveted Pride of Performance Award in 2017 by the President of Pakistan.

In October 2018, he delivered a 24-hour-long live act “No Time to Sleep,” enacting the last 24 hours of a death row prisoner’s life, a performance which earned him critical appreciation.