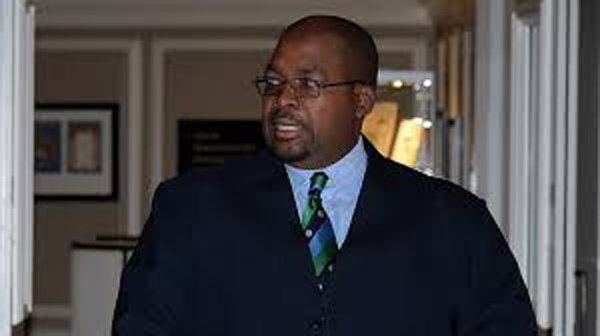 CAPE TOWN: Chris Nenzani has stepped down as the Cricket South Africa (CSA) President, three weeks before his term was due to end. Nenzani has been under increasing pressure in the face of administrative upheaval and left his post within hours of the organisation sacking its chief operating officer Naasei Appiah, and a day before the men’s national squad begins a culture camp. The post will remain vacant until CSA’s annual general meeting on September 5. Appiah, along with former head of sales and sponsorships Clive Eksteen, who was dismissed in June, is taking CSA to court to contest the decision to sack him. Appiah was found guilty of “transgressions of a serious nature”. Meanwhile, suspended CEO Thabang Moroe met with CSA last week but his case did not reach resolution. It is expected to conclude this week and Moroe is likely to be dismissed as well, on the evidence of a forensic audit, which CSA commissioned when Moroe was suspended last December. A CSA statement, issued on Monday morning, gave no reason for Nenzani’s exit, and thanked him for his time in office. “Mr. Nenzani has provided valuable leadership, insight, assistance and direction in advancing the game of cricket with a focus on achieving transformation and access for the majority of the South African population,” the statement read.

Nenzani had been in the position since 2013 and served two three-year terms, the second of which was extended through a change in CSA’s constitution in 2019. That gave Nenzani an additional 12 months, to see CSA through a difficult period. But he has since said he regretted staying on. It is also during this time that Nenzani has come under the heaviest criticism. Since December last year, CSA’s disputes with the South African Cricketers’ Association (SACA), initially over a proposed domestic restructure which has since been repealed and then over unpaid commercial rights’ fees, came to a head, three independent and one non-independent board member resigned, a major sponsor –– Standard Bank –– opted not to renew their deal and seven staff members, including Moroe, were suspended.