Coronavirus speeds up push for congestion charge in cities 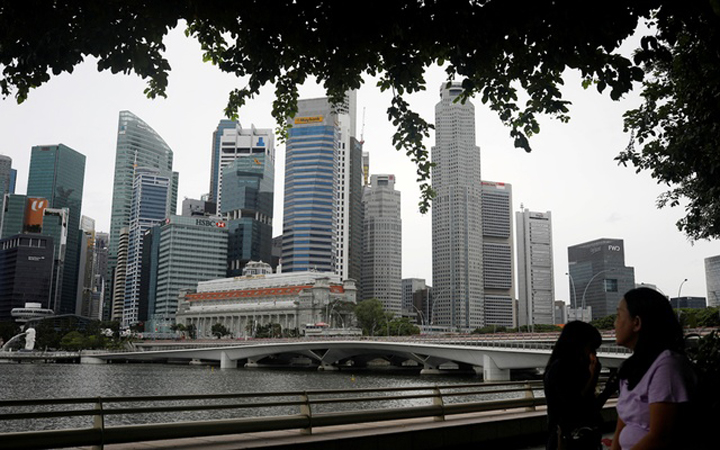 The coronavirus outbreak gives city authorities an opportunity to implement congestion pricing to curb traffic and pollution, urban experts said, even as the pandemic has forced Singapore to put its new satellite-based system on hold.

London, Milan, Oslo and Stockholm are among the cities that also have a charge, with New York City planning to introduce one from 2021. Dozens of other cities have signalled interest.

“There’s enough evidence that it is effective in curbing traffic, but it has been slow to take off because it is politically challenging to implement,” said Marion Terrill, director of the transport and cities programme at the Grattan Institute think thank in Melbourne.

“The case is strong now in the light of COVID-19. Cities are repurposing their streets, and people don’t feel safe in public transit, so if governments do nothing to manage traffic, it would be a disaster,” she told the Thomson Reuters Foundation.

Drivers spent more time stuck in traffic in 2019 than in previous years, losing hundreds of hours due to congestion that costs countries billions of dollars, according to a study by transportation analytics firm INRIX Inc.

But those opposed say it is expensive to install, difficult to enforce beyond a small area, and that such a charge would force businesses to flee from the city centre.

“If it were such a great solution, why have so few cities implemented it? It is simply not feasible for technical, political and economic reasons,” said Dinesh Mohan, an honorary professor at the Indian Institute of Technology Delhi.

“It is possible to reduce congestion through better street design and better traffic management, yet we keep floating congestion charge as the only solution, and that keeps us from thinking about other solutions,” he said.

But with ride-hailing and delivery services already having increased gridlock in cities, and the growth of autonomous vehicles seen as exacerbating the problem, congestion pricing is a way to manage traffic better, said Terrill. “Just the pure weight of urbanisation makes it necessary, as you cannot keep building roads,” she said.

“The world has changed, and the timing is right for congestion pricing as a way to nudge people to consider other options than their car,” she said.

Singapore will be the first city to switch to a GPS-based pricing system that will provide more flexibility, with charges based on distance travelled, authorities have said.

It would also do away with 70-odd gantries which are more than two decades old, and take up precious land in the space-starved city, according to the Land Transport Authority (LTA).

There would be an 18-month switchover period, with the new system implemented progressively from 2020, and the government will bear the one-time cost of replacing in-vehicle units.

The timeline is now uncertain.

“LTA is assessing the impact of COVID-19 on the implementation timeline for the new Electronic Road Pricing system and will provide an update in due course,” an LTA spokeswoman said. In response to concerns about surveillance from the GPS system, the spokeswoman said that data will be anonymised. “Safeguarding motorists’ privacy is a critical area of focus of the new ERP system. The new system will also have robust security and controls … that help to protect data privacy.”

While surveillance is a concern, a satellite-based system is the most “desirable” for big cities, said Terrill.

“A cordon charge around the Central Business District is very effective, but there is also a lot of congestion outside the CBD,” she said. “But with a satellite-based system, the information the government would have on you would be quite considerate, and it could be used for other purposes. It has the potential to be misused for surveillance,” she added. In Sydney, an independent committee had recommended a cordon charge. Such a charge would increase speeds across Sydney and Melbourne road networks by about 1% and bring in modest revenue, according to research by the Grattan Institute.

That is a more viable alternative to proposed motorways that are forecast to increase network speeds by up to 3% and cost about $17 billion each, the research published last year showed.

New York will be the first U.S. city to implement congestion pricing in 2021 – although that timeline may be delayed. Chicago and Los Angeles have commissioned studies on such charges.

In India, cities such as Mumbai, Delhi and Bengaluru that see daily traffic snarls and increasing pollution could benefit from an ERP system, said Amruta Ponkshe, an associate fellow at the Observer Research Foundation, a think tank.

A nationwide digital vehicle database and a recently introduced electronic toll collection system can help cities introduce ERP systems, she added. Authorities in Delhi have said they are planning a congestion charge.

“The coronavirus is changing how we work, and is forcing cities to make changes to mobility and public transport systems,” Ponkshe said. “Congestion pricing will ensure that post-COVID, we don’t go back to the old normal of polluted and congested cities.”