Back to the paddy fields. Covid smashes Indian middle-class dreams

As the novel virus has infected more than two million people in India alone, and thrown the economy into reverse 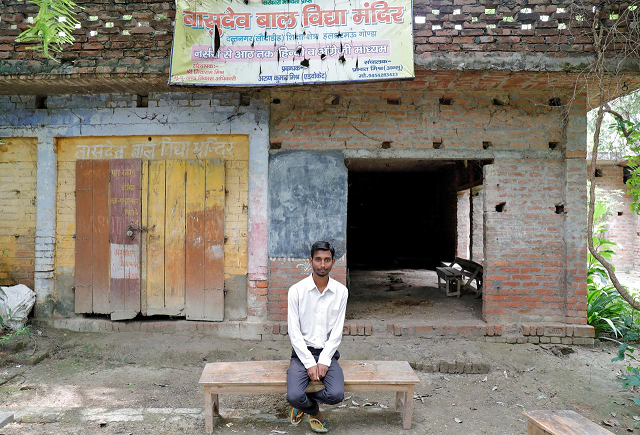 Until late March, Ashish Kumar was helping to make plastic boxes for Ferrero Rocher praline chocolates and the plastic spoons tucked inside Kinder Joy eggs to scoop out the milky sweet cream inside.

With a diploma in plastic mould technology, the 20-year-old had a foot on his chosen career ladder. His younger brother Aditya chose law, but Ashish had his sights set on plastic.

“I want to start a business of my own,” he said, explaining how he wants to recycle plastic to make day-to-day products at his own factory.

India’s coronavirus lockdown has thrown those plans into disarray. Educated but unemployed, Ashish Kumar is one of countless people across the globe whose social progress has been halted by the new coronavirus that has infected more than two million people in India alone, and thrown the economy into reverse. With it, the aspirations of millions are fading.

For years, people in rural India have been gaining prosperity and moving into what economists call a burgeoning middle class of consumers – those who earn more than $10 a day, by some definitions. This group has been a keystone of plans for economic development in the world’s second most populous country. In the Covid-19 pandemic, India’s economy is forecast to shrink by 4.5% this year, according to the International Monetary Fund. At least 400 million Indian workers are at risk of falling deeper into poverty, according to the International Labour Organisation (ILO).

Kumar is one of around 131,000 people who local officials estimate returned from working around India to Gonda, the district in the northern state of Uttar Pradesh that he left last June. Nationwide, about 10 million people made long, hard journeys back to rural villages they’d left. Some have gone back to the cities, but many of those who had been sending back funds are still stuck in the countryside.

Working in a factory in Baramati in the western state of Maharashtra, Kumar was earning 13,000 rupees ($173) every month, more than twice his father’s pay from a job in a grain market near Kumar’s home village in Uttar Pradesh, a sprawling agrarian state. Of that, the young man was sending home around 9,000 rupees every month, much of which was helping to fund his younger brother’s studies.

No longer. Once a provider for his family, now he has become a financial burden.

Kumar whiles away his time back home in the village of Dutta Nagar, bantering with friends in the muddy courtyard – they jokingly call it their “office” – outside the ramshackle primary school where he studied. In Uttar Pradesh, around 60 million of the state’s population of more than 200 million lives in poverty, according to the World Bank.

He said he has applied for several jobs at plastic factories in western Gujarat state and other parts of northern India but hasn’t found work.

“No matter what,” he said, sitting near his parent’s single-storey home, surrounded by jade green paddy fields. “I need a job.”

PLASTIC FOR PRALINES
As a schoolboy, Kumar was obsessed with plastics.

A chance conversation with a cousin who had studied plastic engineering got him hooked, Kumar said, and he started researching. In Dutta Nagar, where there were no internet connections, that often meant asking one of a handful of locals with a smartphone to Google the opportunities.

Kumar’s ambitions were a world removed from his father Ashok’s early years. The 47-year-old, who assists with weighing and pricing grain harvests, remembers when the family had neither enough food, or proper clothes.

A slight man with a weather-beaten face, he never finished high school.

“I thought that the children shouldn’t fall into our rut. They should be pushed ahead,” he said.

Kumar, who says he has never tasted a Ferrero Rocher praline, finished his diploma in Gujarat last June, and took the train to start work as a technician at an Italian-owned factory 1,500 km (930 miles) away from home.

The factory that employed him is run by Dream Plast India, a subsidiary of Gruppo Sunino SpA, an Italian plastics maker with 10 plants around the world. “The factory was first class,” Kumar said. His contract included a monthly contribution from the company into a retirement fund and a bonus. Workers were served one meal every day, the supervisors were friendly, and the salary came on time, he said.

Six days a week, his work typically involved overseeing two machines and a couple of contract workers. At the end of the day, he would relax with a game of badminton or watch wrestling on YouTube.

His income over the past year helped his parents build a proper four-roomed brick home, after decades of living in a tumble-down mud hut where the roof let in heavy monsoon rains. It helped pay the fees for his brother to go to law school in Bahraich, an hour and a half’s drive away from their home village.

BROKE IN BARAMATI
Kumar first heard of the coronavirus in early March. When India’s lockdown forced Dream Plast India to temporarily shut its plant in Baramati on March 21, he had enough cash to wait it out in town.

As the pandemic swept through India, a survey of some 5,000 workers in April and May found 66% of participants had lost their jobs, and 77% of households were consuming less food than before. Prime Minister Narendra Modi’s government announced a 20 trillion rupee package promising free rice, wheat and pulses for millions of people and a programme to provide employment in rural areas.

Even for those with work, trade unions and labour experts say conditions are deteriorating, for migrants particularly.

In May, India’s state governments issued health and safety guidelines for factories as they re-opened after lockdown, which included compulsory face masks, thermal screening, social distancing and frequent sanitisation. Union leaders allege many companies did not follow all protocols and cut corners, but they have not identified Kumar’s.

Indian states including Uttar Pradesh and Gujarat said in May they were looking to relax workers’ rights, including weakening regulations on wages and working hours, to support industry. That proposal drew criticism from workers’ unions and the ILO. The amendments have only taken effect in some states.

Kumar’s factory, which reopened in early May, did not respond to a question on measures taken there, but Dream Plast India’s managing director Nitin Gupta said in an email the “company takes utmost precautions to adhere to the laws at all times.” He declined to elaborate further.

Even so, Kumar and another worker Reuters spoke to said they didn’t feel safe to return.

Ferrero SpA, the Italian confectioner, said it had audited the plant where Kumar worked in March 2020 and found no irregularities, but would further review subsequent months.

Reuters was unable to independently determine what safety measures the factory took.

By early June, Kumar’s funds had run out. Even buying food became difficult.

His parents grew increasingly worried. “Whatever little money I had here in the bank, I sent some of that so he could eat,” said his father, Ashok. “At that time, I was very scared. The biggest challenge was for him to come home.”

India’s railway network re-opened in early May. On June 3, Kumar borrowed money to pay for a 48-hour journey home by train, bus and shared taxi. Then he went into a 14-day quarantine.

On June 25, Dream Plast India sent him an email, which was seen by Reuters, asking him to report to work within four days or face termination. Instead, he resigned on July 20.

His parents are apprehensive about him leaving home again, although they said they realise that without their elder son’s earnings, his younger brother won’t be able to finish law school.

Kumar isn’t ready to give up on his plastics factory.

“I will do it,” he said. “No matter what it takes, I will fulfil my dream.