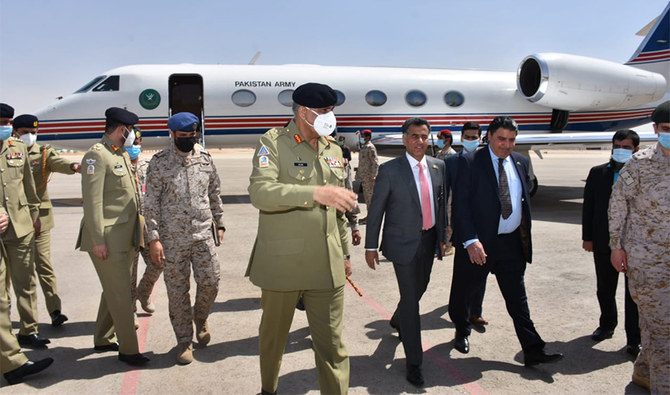 RIYADH: Army chief Gen Qamar Javed Bajwa arrived in Saudi Arabia on Monday, the Pakistan embassy in Riyadh confirmed, amid a diplomatic spat that has threatened Riyadh’s financial lifeline to the cash-strapped economy.

Bajwa arrived in Riyadh at 10am, the embassy said. The head of the Inter-Services Intelligence (ISI), General Faiz Hameed, is accompanying Bajwa.

The two countries are traditionally close and Saudi Arabia in 2018 gave Pakistan a $3 billion loan and $3.2bn oil credit facility to help its balance of payments crisis.
The reference was to remarks made by Foreign Minister Shah Mehmood Qureshi expressing frustration with the Organisation of Islamic Countries (OIC) for not taking a strong stance on Kashmir.

Pakistan has been asking the OIC, which is led by Saudi Arabia, to call a Council of Foreign Ministers meeting to discuss the Kashmir issue in light of India’s August 5 move.