AC to indict Zardari, Gillani in Toshakhana case on Sept 9 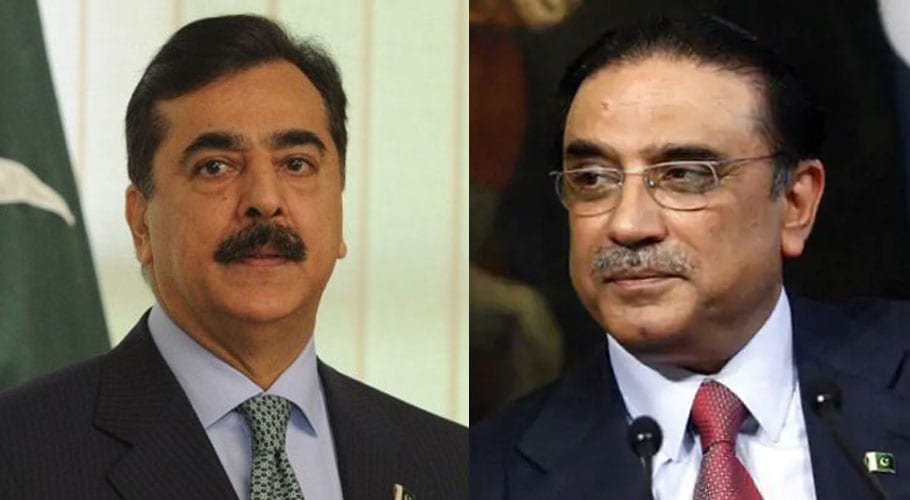 The former president turned up in court wearing a face mask as accountability judge Asghar Ali resumed hearing. Zardari’s lawyer Farooq H Naek complained that they faced immense difficulty reaching court due to barriers and check posts erected by the police along the route. The accountability judge said he would take up the matter with the administration to prevent such a situation in future.

PPP chairperson Bilawal Bhutto Zardari, his sister Aseefa Bhutto and some party leaders also reached the accountability court to show solidarity with the former president. The party leadership had instructed members of the Parliament and People’s Lawyers Forum to reach Islamabad.

The judge halted the process to declare former prime minister Nawaz Sharif a proclaimed offender over his perpetual absence from the court’s proceedings in the case until Aug 25 after he was informed that the PML-N supreme leader’s arrest warrants have been challenged in the IHC.

Notably, the party leadership had directed its members of the Parliament and People’s Lawyers Forum to reach Islamabad.

Police blocked all roads leading to court by placing barriers and barbed wire.

Some party leaders and supporters complained of being denied access to the court.

Former prime minister Nawaz Sharif, who has also been named in the reference, challenged his summoning by the National Accountability Bureau (NAB) in the Toshakhana reference in the Islamabad High Court (IHC).