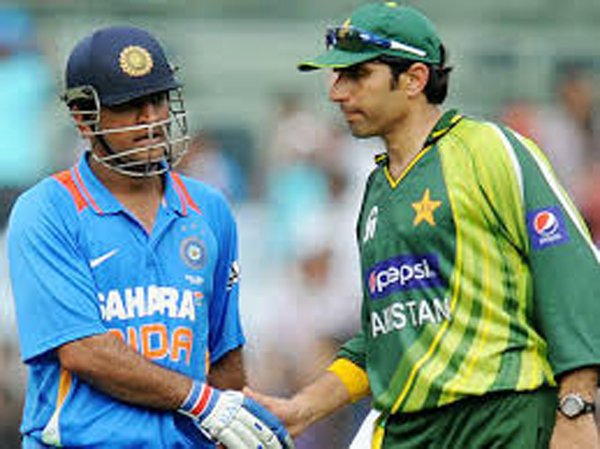 SOUTHAMPTON: Former Pakistan skipper and current Pakistan coach Misbah-ul-Haq has said MS Dhoni “changed the whole culture and face of Indian cricket” after the former captain announced his international retirement. Dhoni, a 39-year-old wicketkeeper and batsman, is India’s most successful skipper, having played a starring role in their 2011 World Cup final win on home soil and also guided them to victory in the inaugural T20 World Cup final and the Champions Trophy. “He’s a big name in Indian cricket, he’s served Indian cricket very well,” Misbah, who played against Dhoni, told AFP after the third day’s play in the second Test between England and Pakistan at Southampton was washed out. Misbah added Dhoni, known for his unflappable demeanour at the crease, had altered the mentality of the Indian team.

“One of the greats I think, the way he changed the approach and especially he achieved so much for Indian cricket, winning the World Cup, winning the Champions Trophy, winning the T20 World Cup,” said Misbah. “He’s got all the trophies in his bag,” added the former batsman, a member of the Pakistan side that suffered a dramatic five-run defeat by arch-rivals India in the 2007 World T20 final in Johannesburg.

‘Cool captain’: Dhoni was also renowned for his ability under pressure, a talent he demonstrated during his 91 not out against Sri Lanka in the 2011 World Cup final in Mumbai where he sealed a six-wicket win in style with a towering six off Nuwan Kulasekara after promoting himself up the batting order. “He was such a cool captain on the outside, but from the inside such an aggressive player,” said former Pakistan skipper Misbah, who also paid tribute to Dhoni’s qualities as a tactician and man-manager.

“He was such a ‘shrewd’, you could say, captain — the way he handled the team, the way he just developed the team and changed the team from seniors (senior players), brought up some juniors. “He changed the whole culture of the team, the whole face of Indian cricket — a wonderful servant of the game.” Misbah added that under Dhoni the national side had gone on to greater heights than even the celebrated team captained by Sourav Ganguly, now the president of the Board of Control for Cricket in India. “He was the one name who really took Indian cricket from wherever Sourav left the team and then from there on he did wonders for Indian cricket,” said Misbah. “Such a wonderful person and a very, very good captain.”