Striker Shkurin refuses to play for Belarus while Lukashenko in power 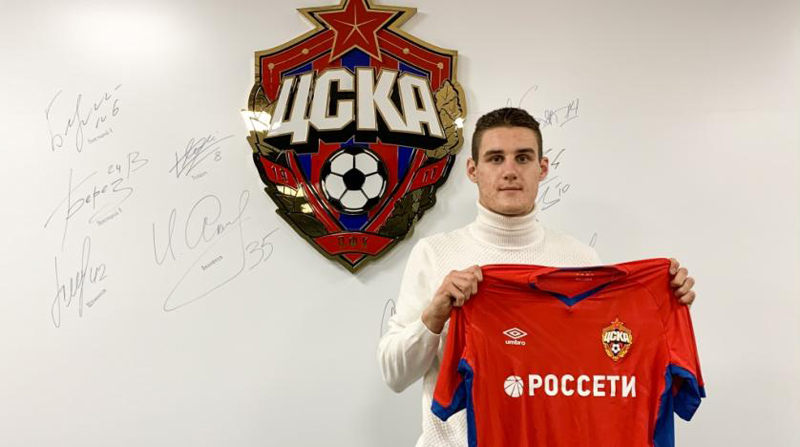 MOSCOW: CSKA Moscow’s Belarusian striker Ilya Shkurin says he won’t play for his country until President Alexander Lukashenko, who is facing protests over a disputed election, steps down. “I refuse to represent the interests of the selection as long as the Lukashenko regime is in power. Long live Belarus!” Shkurin, who turns 21 on Monday, wrote on Instagram. Lukashenko, in power for 26 years, has faced down a week of street demonstrations and refused demands for a re-run of a presidential election that protesters say was massively rigged. He denies losing, citing official results that gave him just over 80% of the vote. Shkurin was named in the Belarus squad for next month’s UEFA’s Nations League matches. The former Soviet republic host Albania on Sept. 4 and visit Kazakhstan three days later. Shkurin signed a four and a half-year contract with Russia’s CSKA in January. Last year he was the Belarusian league’s top scorer with 19 goals. CSKA’s Belarusian coach, Viktor Goncharenko, also strongly criticised his government for police violence against peaceful protesters following the election. Police detained thousands of protesters. “I think this is unacceptable,” said Goncharenko. “I strongly opposed the beating of our peaceful, wonderful Belarusian people. The police, riot police and the army should protect the people, not beat them.” Belarusian league matches have been postponed for an unspecified period due to the crisis.