Roglic pulls out of Criterium du Dauphine due to injuries 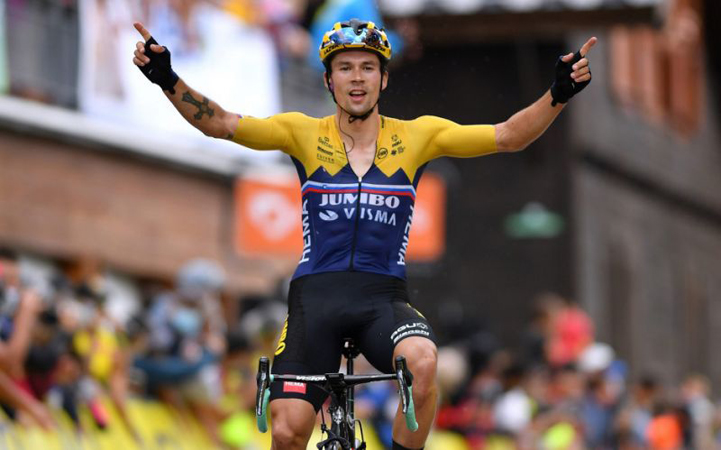 PARIS: Criterium du Dauphine leader Primoz Roglic has pulled out of the race’s final stage on Sunday due to injuries, his team Jumbo-Visma said. The Slovenian suffered bruises and cuts after crashing during the penultimate stage on Saturday but managed to finish in 10th place, holding on to his lead in the general classification. His withdrawal means second-placed Thibaut Pinot, who rides for Groupama-FDJ, will move into the lead heading into Sunday’s finale. “As a result of his crash yesterday, Primoz Roglic – leader in the general and points classification – won’t start in the ultimate stage today,” Jumbo-Visma said on Twitter. “The evolution of his injuries will determine the plans for the upcoming races. Speedy recovery.” Tour de France champion Egan Bernal had pulled out of the race on Saturday, with French sports daily L’Equipe reporting that the 23-year-old was suffering from back pains.