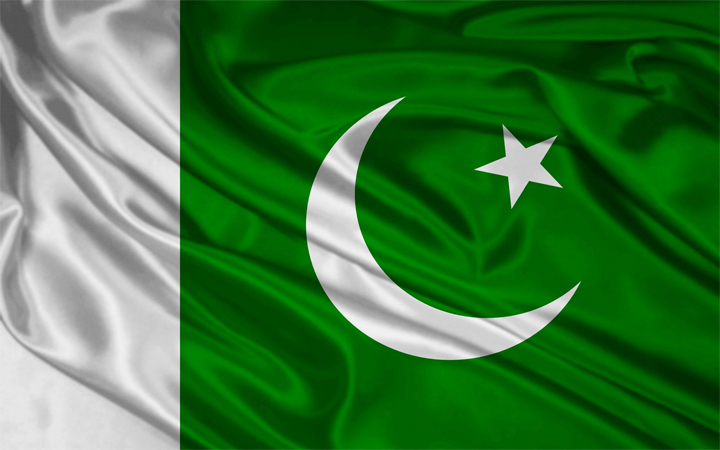 The coronavirus pandemic did not dampen the spirit of Pakistanis who came out in large numbers and enthusiastically celebrated the Independence Day while strictly maintaining social distancing and wearing face masks at two back-to-back events in Brooklyn, a borough of New York City.

Mostly clad in the national dress, they gathered at Brooklyn’s Coney Island Avenue – popularly known as ‘Little Pakistan’ – for an impressive flag-hoisting ceremony organized by Pakistani-Americans working in the New York Police Department (NYPD) as well as at a grand celebration sponsored by Pakistani American Association of New York (PAANY), which collaborated with about a dozen Pakistani organizations to finalize the arrangements.

Pakistanis are heavily concentrated in the Coney Island Avenue area and there are many restaurants and businesses owned by them with signboards in Urdu. Part of the Avenue is named after Quaid-e-Azam Muhammad Ali Jinnah.

The President of Pakistani American Law Enforcement Society (PALS), Jahangir Ashraf, welcomed his fellow Pakistanis to the flag-hoisting ceremony which he said gave them the opportunity to honour their motherland.

At the PAANY-sponsored celebration, a float decorated displaying Quaid’s photos and with Pakistan flag-carrying men and women aboard drove through the entire length of the avenue as people cheered.

The President of PAANY, Chaudhry Aslam Dhaloun, expressed his joy at the success of the event and thanked Consul General Ayesha Ali and US Congresswoman Yvette Clarke of New York as well as other distinguished guests for their participation in the Independence Day celebration.

Ayesha Ali congratulated Pakistani-Americans, saying the spirit with which they joined the celebration was heart-warming.

Pakistan, she said, was making economic progress despite the setbacks stemming from the coronavirus crisis, and praised her compatriots’ patriotism.

The Consul General updated the gathering on the developments in the illegally Indian Occupied Kashmir, saying the people have remained under an oppressive military locked down for more than a year with sharply reduced communications and being subjected to gross human rights abuses.

Pakistan, she said, would continue to extended to the Kashmiris its moral, political and diplomatic support in their struggle to exercise their UN-promised right to self-determination.

Congresswoman Clarke also congratulated the gathering and thanked Pakistani-Americans for their contribution to the progress of the country of their adoption.

Clarke also promised to raise in the US Congress the plight of Kashmiri people, saying she remained concerned over the human rights violation being committed in occupied Kashmir and called for ending those atrocities.

Meanwhile, some of Pakistani current and former diplomats as well as United Nations officials paid glowing tributes to the sterling leadership of Pakistan’s founder Quaid-e-Azam at a virtual event organized by the UN staffers of Pakistani origin in commemoration of the 74th Independence Day of their homeland. Leading the tributes at the online event organized by the UN staff Recreation Pakistan Club was Pakistan’s Ambassador to the United Nations, Munir Akram, who called for continued hard work in taking the country forward amid its challenges.

Irfan Soomro, President of the UN-Pakistan Club, welcoming the participants, underlined that all Pakistanis, whether at home or abroad, and in whatever their capacity, were serving the cause of the great nation of Pakistan. He highlighted the contribution to the world that Pakistanis have made globally, including at the UN, in promoting multilateralism, and laid down their lives in the line of duty under the UN banner peacekeeping operations worldwide.