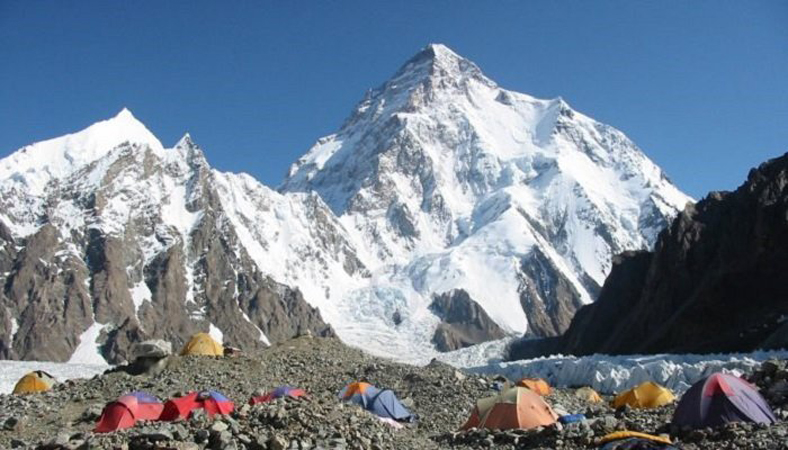 As the country edges towards normalcy with a decline in Covid-19 cases reported, the first foreign expedition team of this summer has arrived in Pakistan to ascend a 6,500-metre high peak in Shimshal Valley of Gilgit-Baltistan, a top official of Alpine Club of Pakistan (ACP) said on Sunday.

According to Haidri the unnamed mountain was located in an open area of Shimshal Valley and was hitherto unclimbed.

“The Germans will be making its first-ever climb,” he added.

Haidri further said that since the outbreak of Covid-19 it is the first expedition of the year.

“Some more European teams are expected to arrive in the next few days as the summer season is ending in September,” he added.

Pakistan is home to five of the world’s 14 tallest mountains (the eight-thousanders).

Every year, the country entices hundreds of climbers and trekkers from around the world, who aspire to scale its dangerous peaks. However, this year the impact of the pandemic has been devastating for mountaineering.

“Every year, several foreign mountaineering teams arrive in the country, which creates profitable jobs for hundreds of locals in Gilgit-Baltistan (GB). But this year, these people have suffered badly due to the pandemic,” he said.

“Hopefully, the situation will improve for our people as there is a significant drop in Covid-19 cases,” Haidri added. agencies