‘Supergiant’ new species of isopod discovered in the deep ocean 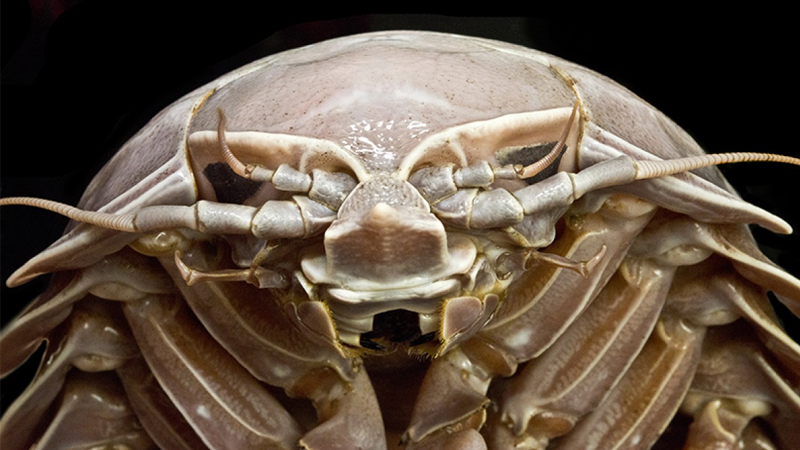 All kinds of fascinating discoveries are likely lying in wait for us in the deep sea. Now scientists have pulled a new monster out of the waters off the coast of Indonesia. The creature is a new species of “supergiant” isopod, a huge marine relative of the common pillbug.

Named Bathynomus raksasa, the holotype, or physical specimen that serves as the basis for the description and name of the new species, is a male that was measured to be 36.3 cm (14.3 in) long, which puts it among the largest giant isopods ever found. The second specimen was a female measuring 29.8 cm (11.7 in). Along with being bigger on average, the team noted other differences when compared to the closest known species, Bathynomus giganteus, including smoother “skin” and different body proportions and shapes.

“The identification of this new species is an indication of just how little we know about the oceans,” says Helen Wong, an author of the study. “There is certainly more for us to explore in terms of biodiversity in the deep sea of our region.”

The team says that the discovery is an example of deep-sea gigantism, an observation that some creatures that dwell in the deep tend to grow much bigger than their relatives in shallower waters or on land. Most isopods measure less than 10 mm (0.4 in) in length, but the 20 species in the “supergiant” Bathynomus genus grow to be more than 30 times larger.

In the past few years we’ve seen many new species reeled in from the deep oceans, including the deepest-dwelling fish in the world, hairy-chested “Hoff” crabs, eye-catching neon fish, and the longest animal ever recorded – a floating zooid colony measuring 47 m (154 ft) long.

The new study was published in the journal ZooKeys.