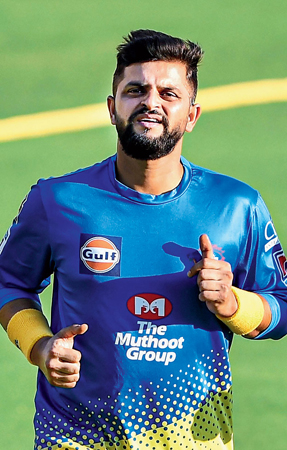 MUMBAI: India batsman Suresh Raina followed up MS Dhoni’s retirement announcement by confirming on Saturday on social media that he too is hanging up his boots. Taking to Instagram to congratulate Dhoni, Raina said that he too will no longer be available for international selection. “It was nothing but lovely playing with you, @mahi7781 . With my heart full of pride, I choose to join you in this journey. Thank you India. Jai Hind,” he said along with a picture of him, Dhoni and other Chennai Super Kings players. Raina had recently celebrated completing 15 years in international cricket. “Thank you so much guys, really overwhelmed with your love & support. These 15 years have been the greatest moments, and you guys as my family members keep me motivated. Love & Peace,” he had said on Twitter. The left-handed batsman, who was the part of 2011 World Cup winning side, has scored 5,615 runs in 226 ODIs and 1,605 runs in 78 T20Is. He has also played 19 Tests in which he has made 768 runs.