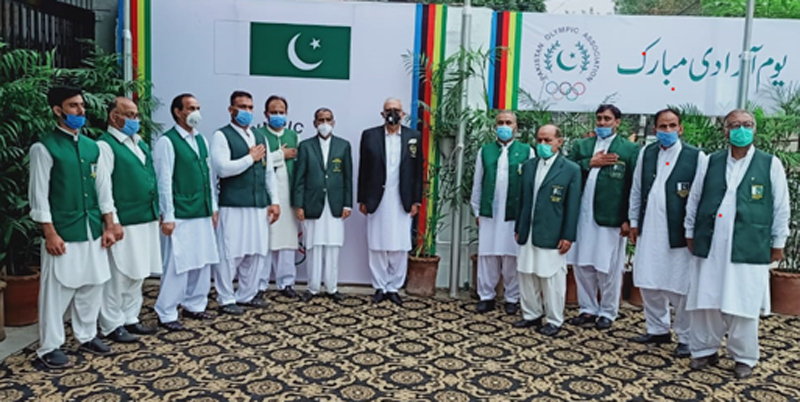 Speaking on the occasion, he lauded the vision of Dr Allama Muhammad Iqbal and the exceptional statesmanship of Mohammad Ali Jinnah, the father of the nation. Arif Hasan said it was vital to reiterate the purpose of creation of every sovereign nation. “August 14 reminds every Pakistani the struggle of our ancestors for creation of an independent state for Muslims.” Arif Hasan extended heartiest felicitations to all the Olympic Family of Pakistan on the auspicious occasion of the Independence Day. As per vision of the Prime Minister of Pakistan and International Olympic Committee for the cause of environment sustainability, the POA President urged the Olympic Family to make workable ideas permanent feature of their promotional plans to create a conducive, healthy and pollution free environment not only for athletes but to further the campaign to attain a pollution free Pakistan. “This will definitely enable us to contribute for the crucial cause of environmental sustainability to build and preserve a green future for Pakistan children,” said Arif Hasan.