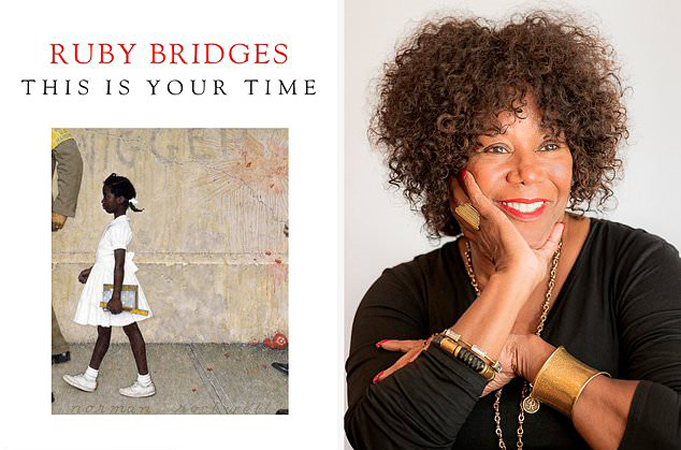 Civil rights activist Ruby Bridges has written a children’s book with a candid telling of the past and positive message for the future, inspired by the Black Lives Matter protests.

Delacorte Press, an imprint of Random House Children´s Books, announced Friday that Bridges’ “This Is Your Time” will come out Nov. 10. It arrives 60 years after she made history at age 6 by becoming the first Black student at an all-white elementary school in New Orleans, walking past crowds screaming racist slurs. She was later honored by Norman Rockwell in the painting “”The Problem We All Live With.”

The book is an open letter from Bridges to young readers and includes images from the 1960s and from recent events.

“During the first few days of watching events unfold in our country recently, I felt myself waiting for guidance and I know many were feeling the same. Having spent years speaking to young people about racism, I felt compelled to say something, and after careful consideration, I decided a letter to my young people was the way,” Bridges said in a statement. Bridges is also the author of “Through My Eyes,” a memoir published in 1999.