* To supplement Independence Day celebrations, the Daily Times will highlight, all of August, the individuals who continue to make Pakistan proud. Our 13th interview is with the renowned ace director Nadeem Baig 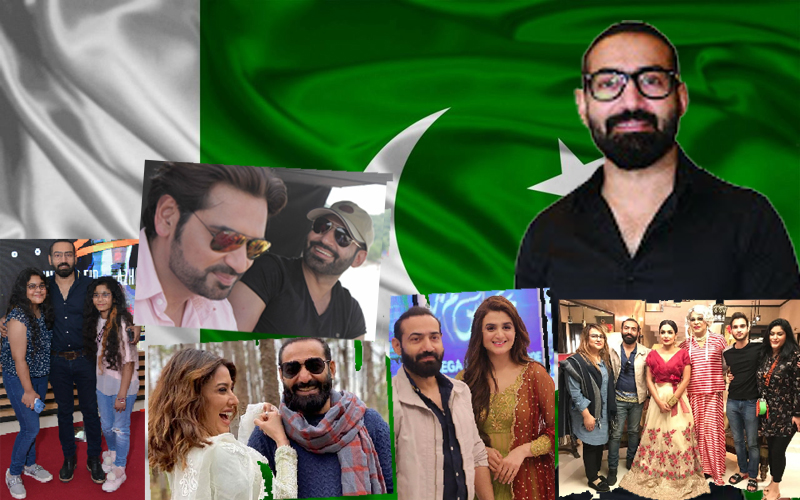 Drama serial ‘Mere Pass Tum Ho’ propelled you to unimaginable fame, success and superstardom by the Grace of God. Tell us about your experience working on the drama and looking back, would you ever change anything about it if given a chance?

Working on any project for me is like a journey for the first time. I had a great time shooting ‘Mere Pass Tum Ho.’ I had no pressures of ratings or popularity, which sometimes pushes you to go overboard. I did it the way I wanted to. Now when I look back and get a chance to change something about it, I might change the climax.

Currently, I’m working on scripts and trying and hoping to finish ‘London Nahin Jaunga’. I am currently working on this film. It is currently in the post-production stage and we are waiting for flights to London to open up as well as important sites there so that we can go there and complete the process. We are hoping to release it sometime next year around Eid.

Do you think any of your projects would’ve gained the amount of success that they did if social media wasn’t around?

I don’t think that a project becomes a hit or a flop because of social media. There have been a lot of projects that were advertised and talked about quite heavily on social media, but did not get a lot of attention by the viewers, and then there are some that did not have a lot of promotion on social media but were a huge hit. So I think that social media can contribute if you have something substantial in your drama or film, but it cannot make it a hit on its own.

Is there any Pakistani actor who you haven’t worked with but would love to?

I think Shaan is the actor with whom I would love to work with in the future.

What is your vision for Pakistan and what does it mean to be Pakistan for you?

Despite all of my other achievements, the biggest sense of pride for me, and probably for everyone else, comes from being a Pakistani. There is no other achievement that can make us feel the same amount of pride.

Do you think the pandemic turned out to be a big blow to drama and film production in the country?

Yes, like any other industry, the pandemic has been a huge blow to the Pakistani film and television industry as well. The TV industry was already suffering due to financial crunches and the pandemic has certainly worsened the situation. But the film industry has suffered even more as cinemas had been closed for a long period of time so there are no resources for them to release the films that had been lying around after being completed. Now that the government has

‘I think that social media can contribute if you have something substantial in your drama or film, but it cannot make it a hit on its own’

allowed them to be opened, cinema-owners do not have enough finances to open them. The government needs to come with a bail-out plan for them as they cannot even meet their own expenses such as the electricity bills. So I think the government needs to take into account the fact that an industry that has been entertaining the people for the last 75 years deserves at least a little bit of financial aid.

How much do you support the concept of web series? Do you think it has negatively affected the culture of cinema going?

Along with cinema, the concept of web series and digital television has grown as well and I think it has impacted cinema-going in a way. However, I also thing that no matter how many new platforms come up, cinema-going will remain evergreen in its own right ass going to the cinema actually provides the best experience.

Asma Jahangir, Benazir Bhutto and Abdul Sattar Edhi are some of my national heroes.

Nadeem Baig is not just a supremely talented director but is also a producer and a scriptwriter.

Nadeem Baig has won many awards and laurels for his work, including Lux Style Awards and ARY Film Awards.

TAKING OVER THE SMALL SCREEN