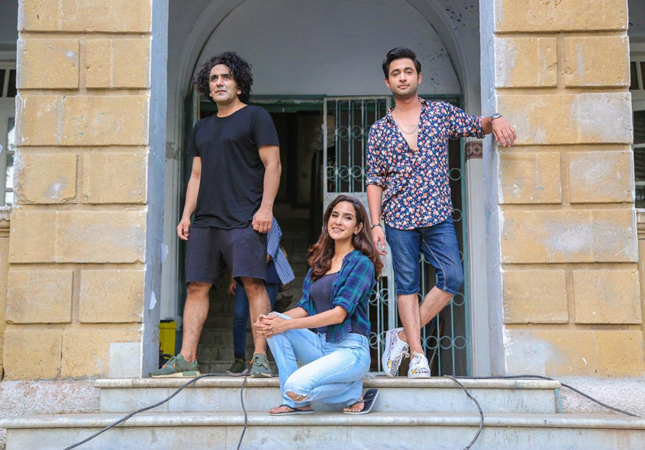 Talented actress and model Anoushay Abbasi is all set to appear in the latest rom-com ‘Prem Gali’ alongside Farhan Saeed and Sohai Ali Abro.

The highly anticipated drama is slated to go on-air on ARY Digital from August 17.

Directed by Aangan director Qasim Ali Mureed and penned by Faiza Iftikhar of Ranjha Ranjha Kardi fame, ‘Prem Gali’ follows a modern-day love story set in a bustling gali where people live, laugh and fight like a family. Anoushay Abbasi will be seen as ‘Fari’ – the life of this gali who is running a salon and is loved by everyone. The first set of teasers reveal a happy story filled with love and energy – though the drama is also meant to shed light on some critical social issues with this light-hearted comedy.

“Bringing ‘Fari’ to life was definitely a thrilling experience for me, and you’ll get to see why once you watch the drama. I laughed and cried along with her, and I know the audience will too. There is a lot more to this story than just light-hearted romance – so I hope everyone would enjoy watching it!” revealed Abbasi, talking about her character in the drama.

‘Bringing ‘Fari’ to life was definitely a thrilling experience for me and you’ll get to see why once you watch the drama. I laughed and cried along with her and I know the audience will too’

Known for her effervescent on-screen charm and her ability to perform any character flawlessly, Anoushay Abbasi is one of the most renowned faces of the entertainment industry. Her massive transformation throughout the years is both impressive and genuine, as we have seen the actress grow with her choices of versatile roles and scripts.

Anoushay Abbasi is an acclaimed actress and alluring model who has been in the entertainment industry for more than a decade and has stayed credible throughout her career. She has starred in some critically acclaimed dramas, including Mera Saaein 2, Behkawa, Meri Saheli Meri Humjoli, Tootey Huye Par, Pyaray Afzal, and Meray Pass Tum Ho.