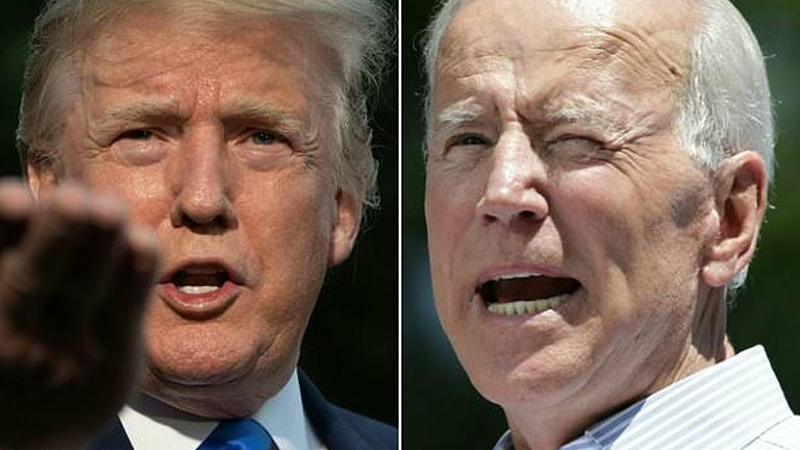 Joe Biden clinched the Democratic Party’s presidential nomination back in June, capping a rousing comeback against a broad field of rivals. One of them, Kamala Harris, became his running mate on Tuesday.

With the hotly contested primary race and the so-called veepstakes now over, the Biden-Harris campaign is training its sights directly on their Republican opponent President Donald Trump and making their case to voters ahead of the November 3 election. But the coronavirus pandemic has upended the campaigns, forcing unprecedented changes to the way Biden and Trump battle for the White House. Here are the key steps on the road to Election Day 2020:

A record, diverse field of 28 candidates entered the Democratic race, jousting in a dozen Democratic debates about policy, ideology, experience and aptitude for the job. The primary season kicked off in February 2020 with contests in Iowa and New Hampshire. Biden faltered badly early on but bounced back to secure the nomination over rivals like senators Bernie Sanders, Elizabeth Warren and Harris.

After an intense 18-month campaign, the Democratic Party formally nominates the Biden-Harris ticket at its national convention. The confab was originally set for July in Milwaukee, in the swing state of Wisconsin, but the coronavirus pandemic forced a delay — and dramatic changes.

Democrats will now be gathering entirely online, a political first for a nation that had grown to appreciate the quadrennial spectaclXZe.

The big question: Will Democrats be able to inspire voters with a retooled event that lacks the visible pageantry, patriotism and occasional spontaneity of an in-person convention?

Trump faces the same constraints and challenges one week later, and Republicans will be watching the Democratic shindig closely for clues as to what works in an online setting and what doesn’t. The Republican convention had been set for Charlotte, North Carolina, but when the state’s Democratic governor refused to guarantee a crowded in-person event due to coronavirus, Trump moved it to Jacksonville, Florida.

Eventually Trump scrapped an in-person address, and he is now reportedly planning to deliver his virtual acceptance speech from the White House.

The incumbent and challenger clash on stage during three nationally televised 90-minute debates, the first occurring in Cleveland, Ohio on September 29, five weeks before the election. The two others are set for October 15 in Miami, Florida and October 22 in Nashville, Tennessee. Organizers rejected Trump’s call for a fourth, earlier fixture to allow Americans voting early by mail a chance to see a Trump-Biden clash before casting their ballots.

Vice President Mike Pence and Biden running mate Harris are scheduled to hold a single debate, in Utah on October 7.

With the eyes of the world watching, millions of American voters head to the polls to choose the next White House occupant.

A significant battle is brewing however over mail-in voting, which Americans are expected to use in far greater numbers this year due to the pandemic. Trump openly acknowledged this week that restricting the US Postal Service, including depriving it of resources in the run-up to the election, will impact vote-by-mail efforts.

The president has repeatedly claimed that mail-in voting — which he fears would favor Biden — leads to massive fraud, a claim not supported by any evidence from states already offering voting by mail.

Either Trump is sworn in for a second term, or Biden brings an end to a turbulent presidency and takes the oath of office on the US Capitol steps to become the nation’s 46th president.