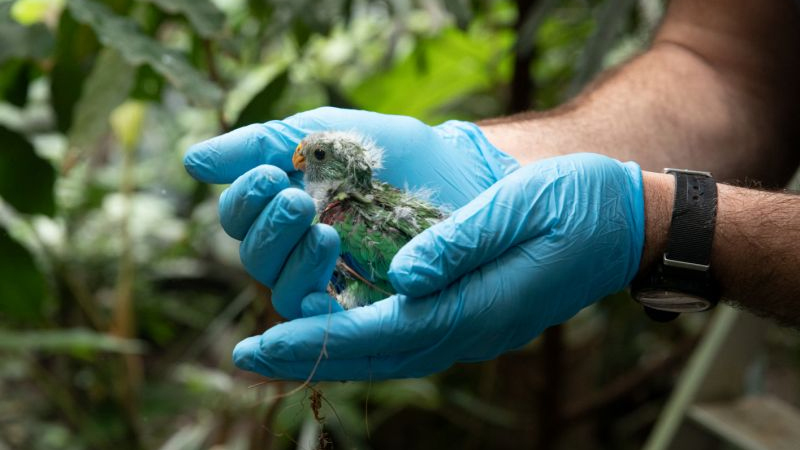 A critically-endangered swift parrot chick has successfully fledged the nest after hatching at Edinburgh Zoo. It is the first time the Royal Zoological Society of Scotland has bred the critically-endangered species, which is native to Tasmania but there are thought to only be around 2,000 birds left in the wild. The chick hatched in early July and fledged the nest in early August. Sean Meechan, senior bird keeper at Edinburgh Zoo, said: “We are thrilled to have successfully hatched a swift parrot chick here at the zoo. “This is the first time these parents have bred and raised a chick, but they have done a fantastic job and the chick fully fledged the nest earlier this month. “It has now been given its own identification band and we will find out in the coming weeks whether our new arrival is a girl or a boy. “Swift parrots are critically endangered in the wild and this youngster represents a potentially important contribution to the future of the species, which is at risk of extinction due to extensive habitat loss and predation.”