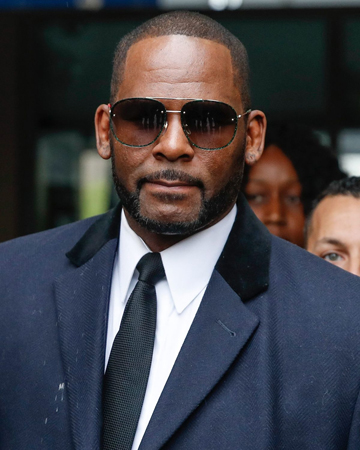 Days after three men associated with R Kelly were arrested on allegations they bribed and intimidated witnesses, one of those men – Kelly’s former advisor Donnell Russell – was given an additional charge stemming from a gun threat that forced the evacuation of a Surviving R Kelly screening in December 2018.

Russell was charged with two counts of threatening physical harm by interstate communication and conspiracy to do the same after allegedly placing the threatening phone call to New York’s NeueHouse moments before the theatre premiered portions of the Lifetime documentary. Each charge carries a maximum penalty of five years in prison.

“As alleged, Donnell Russell used threats of violence to stop a screening of a docuseries devoted to exploring allegations of sexual abuse against women and minor girls by the recording artist R Kelly,” Acting US Attorney Audrey Strauss said in a statement. “By allegedly threatening a shooting at the theatre, Russell prevented the screening, which was attended by a number of R Kelly’s alleged victims. Threats of gun violence aimed at intimidating and silencing victims of sexual abuse are unlawful as well as unacceptable. We are committed to aggressively investigating and prosecuting such crimes.”

According to the unsealed complaint released Friday by the Southern District of New York, Russell first sent a fake “cease and desist” letter to NeueHouse; when that was ignored – and after failed attempts to contact New York law enforcement – Russell placed the threatening phone call, which federal agents were able to track back to a landline associated with Russell’s home address in Chicago. “After receiving the Threat Call, the NeueHouse employee called 911. NeueHouse cancelled the Screening and evacuated the theatre,” the complaint notes.

FBI Assistant Director William F. Sweeney Jr. added in a statement, “It defies logic that a threat like the one alleged here could stop victims from speaking about their alleged abuse. The violence Mr. Russell allegedly threatened succeeded in shutting down one airing of the documentary, but he was unable to silence the women featured in the film.”

Russell was charged Wednesday with “using the mail, the internet, and cellular telephones to attempt to cause emotional distress to another individual,” the Eastern District of New York said. Russell is also accused of operating a Facebook page called “Surviving Lies” that defended Kelly following the release of the Surviving R. Kelly docuseries.