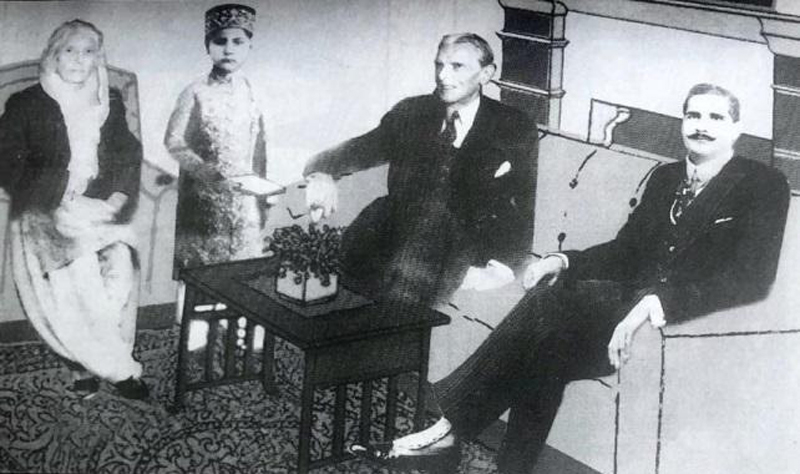 Mr Liaquat H Merchant is a very prominent barrister currently residing in Karachi, Pakistan. He is the Managing Trustee of the Jinnah Foundation as well as being the President of The Jinnah Society. Moreover, he is the grand-nephew of Muhammad Ali Jinnah, the founding father of Pakistan. A family tree shows Mr Merchant as being the grandson of Muhammad Ali Jinnah’s sister, Mariambai Abedin Peerbhoy; Mariambai is Mr Merchant’s maternal grandmother. Always ready to give a person time to talk about Jinnah, Mr Merchant has made it his life’s work to set up a society, which has painstakingly recorded and documented an integral part of the history of Pakistan. It is this same passion that has kept alive the life and the vision of Muhammad Ali Jinnah. 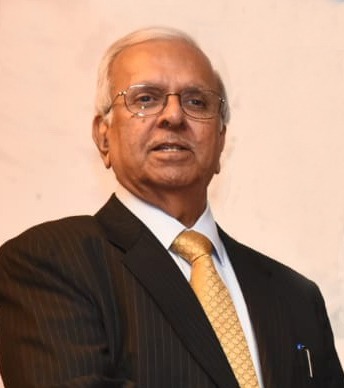 I was born in Bombay one year after passing of the Pakistan Resolution at Lahore in 1940. While growing up as a young student in school until 1956, I don’t recall having any awareness about Jinnah and Pakistan especially in terms of any historical or clear narrative as I lived in India and there was no way of acquiring that type of education on the subject. 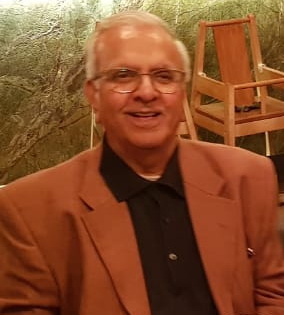 After graduation from a local college affiliated with the University of Bombay, I joined Government Law College to do my LLB (completed in 1964). I enrolled as an Advocate of the High Court of Bombay at Bombay and also the Supreme Court of India the same year. I was admitted as a junior to the Chambers of Mr Akbar A Peerbhoy, my maternal uncle (Mariambai’s son) a prominent Barrister at the time and received my early training as a Lawyer in his Chambers.

My five years with Mr Akbar Peerbhoy were wonderful and unforgettable. I have always felt that he had the personality of Mr Jinnah as well as his qualities; those of maintaining honour, trust and integrity. 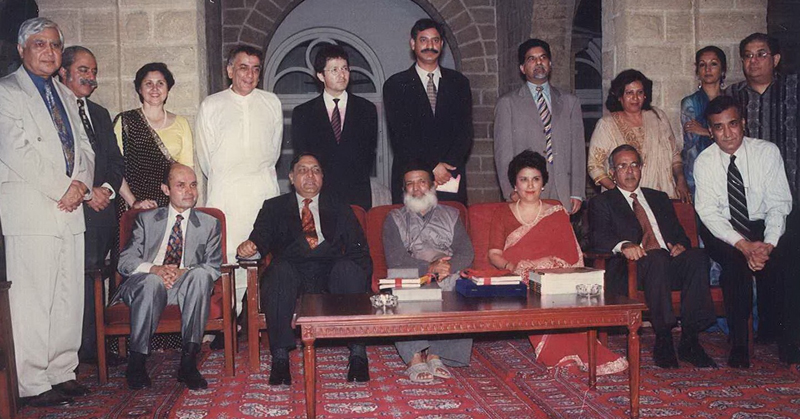 A meeting with Fatima Jinnah

I visited Karachi in 1964 and as was the tradition to go see the elders, I went to see my Grand Aunt Fatima Jinnah. This was at the Mohatta Palace where she had taken up residence. The meeting was memorable and created a lasting impression. She had a magnetic personality and presence and spoke beautifully. The first question she asked me was “When do you plan to leave India and come over to Pakistan?”

I evaded giving a direct answer by taking recourse to the fact that I needed to complete my training with Mr Akbar Peerbhoy first and then decide.

Unfortunately, I never saw her again because she passed away in July 1967 a few months before I migrated from Bombay to Pakistan in November 1967. When I arrived, I was delighted to learn from my sister Rohina Peerbhoy who was in Karachi that Fatima Jinnah had left two letters of introduction for me to join the Chamber of Mr A A Zari, a Senior Advocate and Mr Hasan A Sheikh another Senior Advocate at Karachi. Before her death, she had already prepared something for me so I could settle into life here in Pakistan; this showed the foresight and planning of the Jinnah family.

By this time, my interest in Pakistan and Jinnah had started to develop as my paternal uncles in Bombay had given me a book containing several cuttings of speeches and statements of Mr Jinnah and his political activities involved in the struggle for Pakistan. 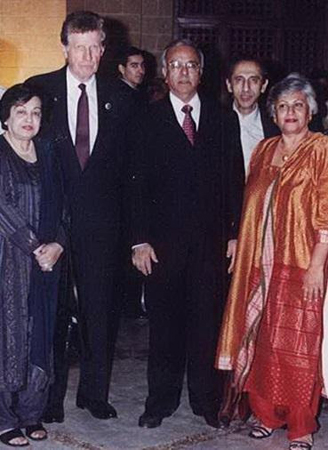 A Memory of meeting Mr Jinnah

My earliest memory of Mr Jinnah is very hazy as I met him when I was very young. My grandmother Mariambai took all her grandchildren to meet Jinnah before he left for Pakistan in August 1947. I recall him being a very tall man, immaculately dressed in a white suit. It is with great propriety that he came to shake hands with all of his sister’s grandchildren with the greeting “How do you do?”

He was always known to be very proper and dignified in his habits.

Over time, it is not only the recollection of him but also my understanding of Jinnah’s vision for Pakistan which has grown; just as my association with his life and work grew because of the positions that have been entrusted to me.

In 1980, I had the honour of being entrusted by the then Chief Justice, High Court of Sindh at Karachi to serve as the Administrator of the Estate of Quaid-e-Azam, along with Syed Hashim Raza and Justice (R) Muhammad Hayat Junejo. Between us, we have administered Jinnah’s Estate over a period of several years.

In 1984, I was appointed as one of the “Trustees” of the Quaid-e-Azam Aligarh Education (Scholarship) Trust.

By 1989, I founded a Charitable Trust to provide education to the poor, needy and deserving sections of our younger generation. This Trust was established in memory of Quaid-e-Azam Muhammad Ali Jinnah and called “Jinnah Foundation Memorial Trust” and a Primary & Secondary School was set up.

Being Part of the Legacy

As time has gone by over the years – after studying and having gained so much knowledge through letters, personal effects and papers that were entrusted to me, I now feel that my image and impression of Mr Jinnah is much clearer and his vision has been understood by me. All of this has taken over several decades to be a part of so much history and trying to leave something behind so that the newer generations could grow up with a wealth of knowledge about their history.

I have never regretted my decision to migrate from India to Pakistan and I think this was the best decision of my entire life. I take pride in propagating the principles, ideals and vision of Mr Jinnah to keep it alive. I look forward to continuing this work as Mr Jinnah is the only leader we have in Pakistan around whom the entire nation can rally and stay united to fulfil the motto of “Unity, Faith and Discipline”. Countries who move away from the vision set out by their founding fathers end up as failed states. We are fortunate in the sense that almost all political leaders in the country are united in their views about making endeavours to achieve “Jinnah’s Pakistan” 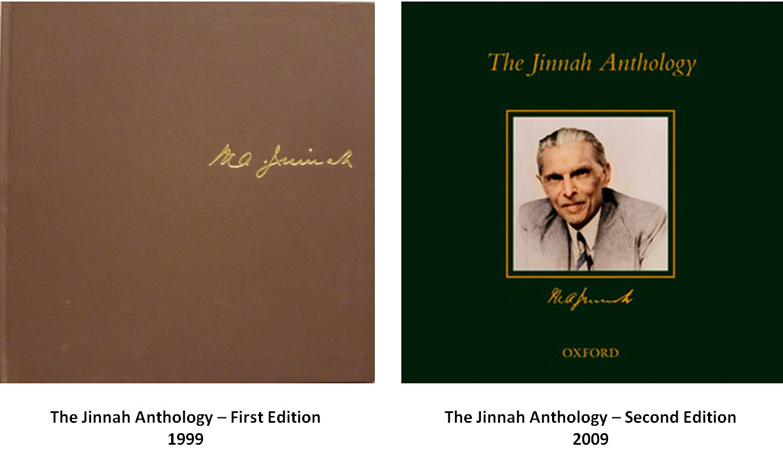 The term “Jinnah’s Pakistan” was raised by me at the launch of the 2nd Edition of ‘The Jinnah Anthology’ in 2009 at the Pakistan High Commission in London at a function hosted by Pakistan High Commissioner in the UK. This slogan caught the attention of Pakistanis and has been supported by many public figures and later on by several Prime Ministers of Pakistan, both past and present. The purpose of this slogan was intended to promote Mr Jinnah’s vision for Pakistan. This included supremacy of the Constitution, Sovereignty of Parliament, independence of the Judiciary, duties of the State to its citizens, duties of citizens to the State, protection of minorities, protection of women and human rights, equal opportunity to all Pakistanis irrespective of caste, colour or creed. building Pakistan into a modern progressive Muslim State. 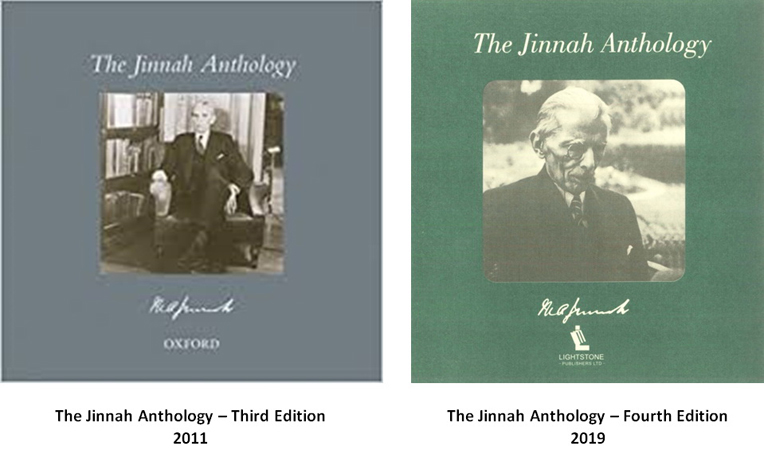 The Vision of The Jinnah Society

In 1997, I established The Jinnah Society with a group of like-minded friends. The sole purpose was to propagate the principles, ideals and vision of Quaid-e-Azam Muhammad Ali Jinnah as a Nation-building exercise.

Our sincere intentions were to promote the development of democratic leadership in the role model of Mr Jinnah. The Jinnah Society has to an extent succeeded in its mission by creating awareness of Mr Jinnah’s vision for Pakistan but this mission has not come to an end. I hope it will continue in perpetuity.

We have brought out four editions already of an anthology series which narrate the life and vision of Mr Jinnah.

We have also published a wonderful book “Quotes from the Quaid”. The Jinnah Society and Lightstone Publishers (Pvt) Limited decided to create an E-Book for the benefit of the younger generation of the Pakistanis both within and outside Pakistan from where it may be downloaded free of cost. We wanted the availability of knowledge for free for the nation’s children so they can benefit.

I feel that no mission in support of Mr Jinnah the Founder of Pakistan will ever be enough as it there is so much to learn still. This work will hopefully go on in and continue to serve the people of Pakistan who will, as a result, understand their Founder in a better way and adhere to and abide by his principles, ideals and vision for Pakistan. 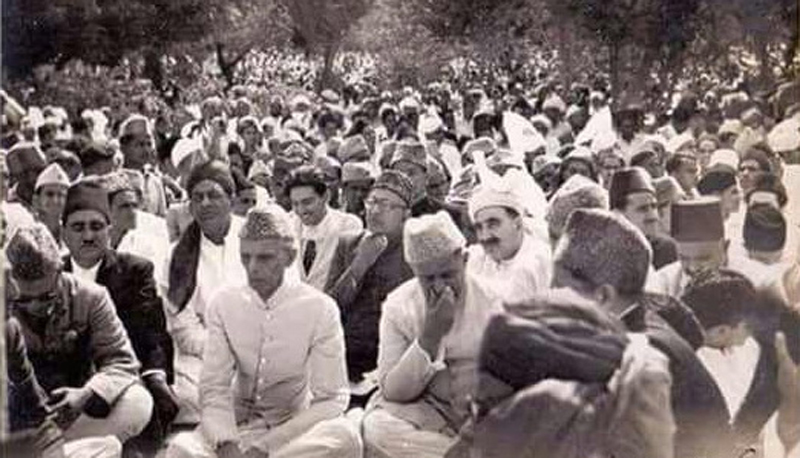 It is not easy to understand Mr Jinnah because we have to understand him and accept him in several roles; as (i) An Indian Nationalist (ii) A leader in the Congress Party in India (iii) A leader of the Muslim League (iv) As the best Ambassador of Hindu-Muslim Unity (v) Jinnah who brought the scattered Muslim masses of India on one platform, under one Flag, one voice and one demand (vi) a man who firmly believed in Quran and the Holy Prophet (PBUH) but was equally firm in his belief that religion was personal to each individual and was not the business of the State (vii) Jinnah the man who displayed exemplary honour and public integrity and (viii) Jinnah, the man who altered the course of history changed the map of the world and created a Nation-State.

For the Love of Pakistan

To understand the reasons for the creation of Pakistan and why the idea of Pakistan will never die, one has to cross the bridge, which is Jinnah the man who struggled for the creation of a Muslim State in India and declared that the 100 million Muslims were a Nation even before Pakistan became a reality in 1947. He struggled against British exploitation, domination and tyranny by the majority Hindu population in India and decided that an independent state was the only way forward. Mr Jinnah time and again spoke up against the violations of human rights and was fearless in his endeavours. His belief sets out why we are where we are today standing as a free and independent nation.