Political Parties and Civil Socities organization of DIR, CHITRAL and Bajaur demand from PTI regime to include Express Highway in CPEC

All political parties and civil society organizations at Dir, Chitral and Bajur except PTI have made it clear to the government that if they make the mistake of removing the Chakdara-Chitral Express Highway from the CPEC package, it will have serious consequences. 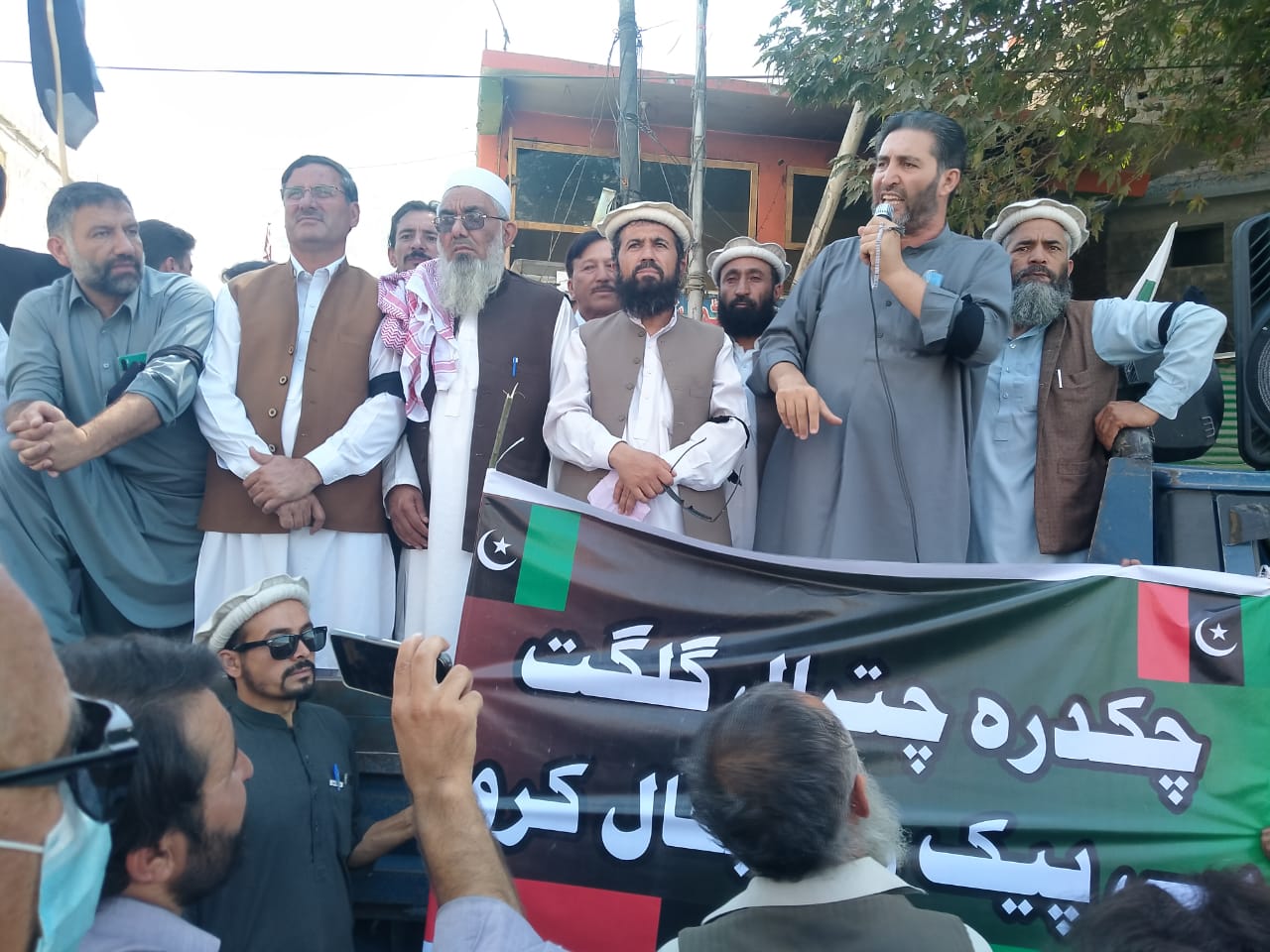 The project has the status of life and death for the people from Dir to Chitral and Bajaur from which they will never and under no circumstances give up. The PTI government will learn a lesson by completely locking down this area. Convener and former District Nazim Maghfarat Shah, Maulana Jamshed Ahmed (Jamaat-e-Islami), former MPA Maulana Abdul Rehman (JUI) addressing a protest rally organized by “Tehreek-e-Bahali Chakdara Chitral Express Highway” in Chitral on Saturday.

MPA Jumat-e-Islami Inayat Ullah Khan belonged to constituency PK-10 Dir said during protest we are demand from government to make moterway from Chakdara to Chitral or Express Highway.

He further said that “we can’t believe the government verbal agreements with people we want the paper record if they include in CPEC”.

We will not give up the right of way which was approved in the previous government and at the JCC meeting, the largest forum of CPEC project, the representatives of the governments of Pakistan and China had approved to make Chakdara-Chitral Gilgit an alternative route. Former Chief Minister Pervez Khattak was also present and his interviews were also available in the electronic media.

He said that even if the PTI government took a U-turn in other matters and matters, it would not be allowed to put the project on hold. He demanded that the project should be started simultaneously from Chakdara and Chitral so that it could be completed soon and the feeling of deprivation from Chitral could be eradicated.