An eight-year-old girl was attacked and eaten alive by a gigantic crocodile emerged from a side of Nara Canal in Saleh Pat area of Sukkur in Sindh on Friday. 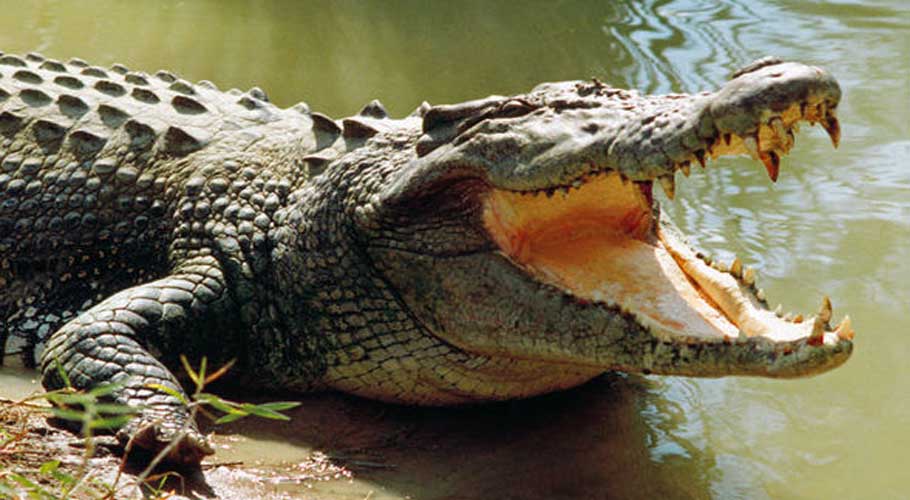 According to the sources, the girl was standing on an end of the Nara Canal where the crocodile drowned her and eaten the girl alive after a sudden attack.

Sources further said the crocodile gripped the girl into its strong jaws and swallowed alive after floating into deep water.

Receiving information about the incident, area people reached the site to save the girl from the reptile, however, the efforts remained unsuccessful, sources added.

It is not the first time that the local residents living in nearby villages of the Nara Canal have faced the reptile attacks.

Earlier in September 2011, an incident had been reported in Nabi Bux Mangrio village where the residents caught a crocodile that entered into the populated area.

The villagers had claimed that the nine feet crocodile had attacked a goat, however, the residents had managed to catch it and tied it using a rope. Later, a team of wildlife department had rushed to the village and released the large reptile in the canal.

Sindh Wildlife Department officials said that more than 300 crocodiles of different species are present in the Nara Canal, a delta channel built on the left bank of the Indus River in Sindh.

The Nara valley, known as a wetland complex of about 225 small and large lakes, is one of the natural habitats for marsh crocodiles (Crocodulus palustris). The canal area, which includes about 200 lakes and marshes, is a great refuge for crocodiles and other wildlife.