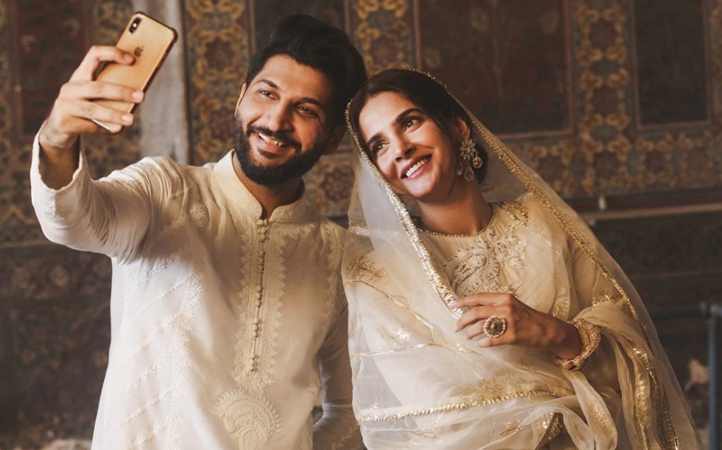 The much-hyped song of Pakistani singer Bilal Saeed and actress Saba Qamar “Qubool,” that had recently faced backlash for a shot at the Wazir Khan mosque, has finally been released.

The Punjabi song was an admirable representation of collaborative efforts by both the artists to depict a love relation. Written, composed, produced and performed by Saeed, the song is a directorial debut of Saba Qamar in the field of music.

Previously, a brief shoot of Wazir Khan mosque from the video had sparked outrage on the social media where the netizens criticized both the artists of disrespecting the secrecy of the religious place. Later, Bilal Saeed and Saba Qamar apologized from the fans and promised to omit the clip from the video. “Saba Qamar and I had recently filmed a nikkah sequence at Wazir Khan Mosque which created a big misunderstanding and hurt the emotions of a lot of people,” he said.

The singer said, “There was a move that we did for the sake of the photo shoot. We were not following any dance sequence and neither was there any music playing in the background. We understand that we have unintentionally made a mistake.” “As a realisation on our part, I am removing the entire sequence from the video,” the singer reiterated.