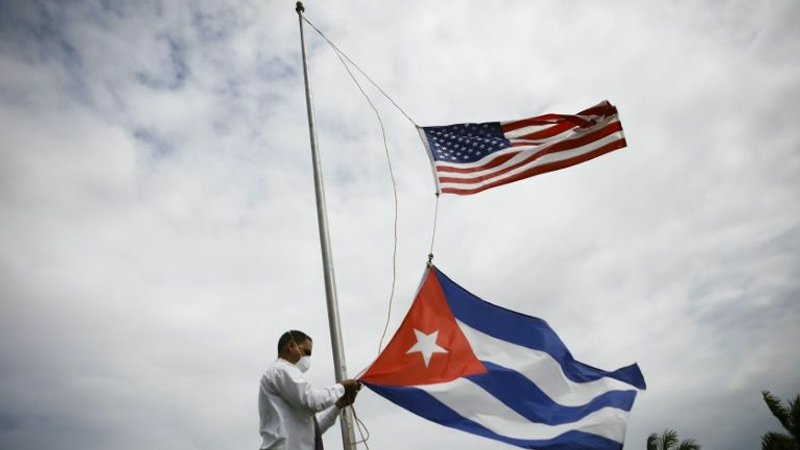 The United States announced Thursday it is suspending all private charter flights to Cuba, intensifying its drive to starve the Havana government of revenue over its human rights record and support for Venezuela’s leftist president. The new punishment completes travel sanctions under which all such charter flights had been banned except to Havana. Now, Cuba’s capital is off-limits as well.

Private charter travel to Havana was popular among Miami-area celebrities and business executives.

The move comes as President Donald Trump faces a tough re-election battle in which Florida — home to a large, conservative Cuban-American community that loathes the Havana government — is a must-win state.

The announcement marks the latest hardening of US policy toward Cuba under Trump, who reversed a thaw in relations with Havana that began under his predecessor Barack Obama. “The suspension of private charter flights will deny economic resources to the Castro regime and inhibit its capacity to carry out abuses,” Pompeo said in a statement.

“This administration will continue to target and cut the revenue the Cuban government earns from landing fees, stays in regime-owned hotels, and other travel-related income,” Pompeo added.

Cuba’s top diplomat on relations with the US, Carlos Fernandez de Cossio, rejected the measure and said it will have “little practical impact.”

In October of last year, the United States had banned charter flights to Cuba except to Havana as it hammered away at the island’s economy.

This May, it set a limit of 3,600 flights per year to the Cuban capital.

Still, the Trump administration has stopped short of ending regular commercial flights to Cuba, although now there are none because of the pandemic.

Cuba has been under a US embargo since 1962.

“Our message to the Castro regime has been clear: The United States will continue to stand up for the Cuban people and against the regime’s abuses and its interference in Venezuela to prop up Maduro’s illegitimate hold on power,” Pompeo said.

The top US diplomat for Latin America, Michael Kozak, tweeted that Cuba uses money from tourism and travel “to finance its abuses and interference in Venezuela.”

“We cannot allow dictators to benefit from trips from the United States,” Kozak wrote.

But the impact of this new sanction will be limited, because since Obama restored commercial flights to Cuba, private charter travel to the island has fallen off, said John Kavulich, president of the US-Cuba Trade and Economic Council.