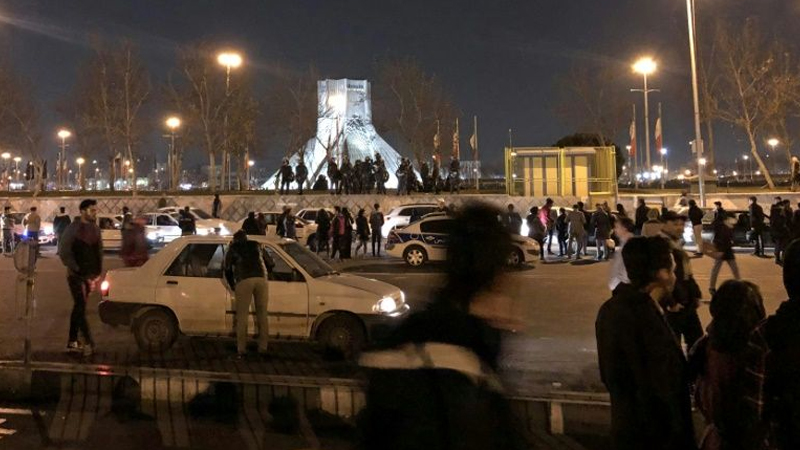 A campaign on a rare scale uniting activists and personalities inside Iran and out is pressing Tehran not to execute men detained over anti-government protests, but faces an uphill struggle.

In the face of a furious outcry, symbolised by the viral hashtag #Don’t_Execute (#Edam_Nakon in Persian), Iran’s judiciary last month halted the executions of three young men arrested over demonstrations in November 2019. Though some believe the social media movement influenced the judiciary’s reprieve for the three — all in their 20s — Iran nevertheless went ahead with the hanging this month of a man arrested in Isfahan province over protests in the winter of 2017-2018.

At a time of growing economic hardship due to the maximum-pressure policy of the US administration, Iran’s leaders were rocked by last November’s rallies.

Fresh demonstrations followed in January after Tehran admitted the accidental shooting down of a Ukrainian airliner. Both times, protests were quelled by a harsh government crackdown.

With thousands in jail for participating in rallies, activists fear Tehran will make increasing use of the death penalty as a deterrent to further unrest.

According to Amnesty International, Iran is already the world’s second-most prolific user of the death penalty after China, with at least 251 executions in 2019.

The #Don’t_Execute campaign erupted after Iran’s supreme court on July 14 confirmed death sentences against three men — Amirhossein Moradi, Saeed Tamjidi and Mohammad Rajabi — on charges of taking part in arson and vandalism during the 2019 protests.

Leading Iranian actress Taraneh Alidoosti posted a picture of the three on her Instagram account — where she has 6.6 million followers — with the hashtag #Don’t_Execute.

As the pending executions risked themselves triggering protests, the supreme court agreed on July 19 to review the case in a move activists read as a nod to public anger. Tara Sepehri Far, Iran researcher for Human Rights Watch, described the campaign as a “rare coalition of civil society actors and public figures” uniting with a “strong and concise” message.

“Authorities have lost a great deal of public trust over the past year, but they can’t afford to totally ignore such widespread dissent that originates inside the country,” she told AFP.

Controversy around the case is particularly acute since, according to activists, two of the young men were extradited from Turkey where they had sought refuge.

After Moradi was detained in Tehran, Tamjidi and Rajabi went to Turkey “whose government eventually complied with Iran’s extradition request and returned them,” according to the Center for Human Rights in Iran.