Countries across the globe are increasingly become curious about who is going to assume the US highest office as the world’s longest election process is inching towards destination although US presidential election is directly or indirectly have concerns with the future of the global politics. Will the election outcomein November fosters more of the same norms or change in policy? Whether US electoral history is going to repeat itself, for mostly president had wonsecond term in the US’s electoral historyor Democratic Biden is going to get through the White House? Will nationalist sentiments continue toperpetuate in US politics or liberal internationalism will become dominant force in post-election era? Will the future of US be the more like pro-Monroe isolationist or pro-Wilson internationalist? With the election merely three months away, Democratic candidate Joe Biden having significant lead over Republican President Trumpwhose approval rating has been dropped considerably due to mismanagement during pandemic and loss of control over dwindling US economy, but US unusual election amidst continuing covid-19 mean there would be highly unpredictability in the outcome. 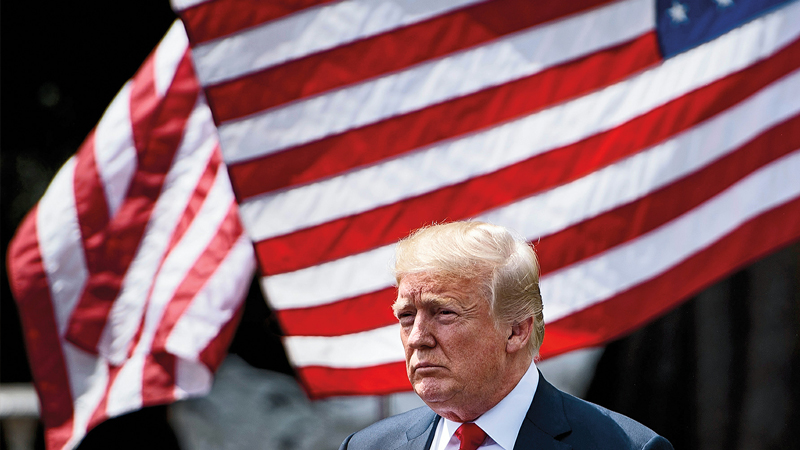 Nevertheless, it becomes imperative to analyze how different would be the foreign policy outlook of these two contenders based on what they have said and done so far. Trump is expected to stay on ‘US First’ unilateral policy, despise for international organizations and treaties and paying no heed to US traditional alliances including NATOas well alienating from allies. Biden, on other hand, has not been new to foreign policy calls himself “liberal internationalist.” He is expected to revive the multilateral identity of US, reestablish partnership in Europe and Asia, rejoin international bodies and redefine ties with allies and strengthen NATO, as enduring supporter for alliance.

Undoubtedly, China is the most important country around which both the candidates have to contest for presidential election. Either Biden or Trump both would have to come hard upon China as US public is bearing highly unfavorable sentiments when it comes to China. However,US-China relations have been highly straining under Trump administration mainly due to the concerns ranging from the Chinese biggest tech communication Huawei involvement inUS espionage to the Beijing’s claim on disputed territory in the South China Sea. Although, Biden criticizes Trump for historic blunder in handling pandemic even though he was informed by US intelligence agency over the severity of Wuhan virus. Moreover, Biden considers Trump’s confused administration as pleasure for China particularly due tohis alienation from US traditional allies and abandonment from global leadership role in international organization such as World Health Organization. Trump succession to White House means more about the similar policy for China; in contrast, Biden administration would try to keep multilateral pressure on China through renewed relations with US allies. He has certainly justification to expand restriction on China over increasing human rights abuse in Xinjiang province.

Likewise, Biden is more obvious on how US foreign policy is likely to be in Middle East under his administration. Trump’s withdrawal from Joint Comprehensive Plan of Action (JCPOA) has increased tensions between US and Iran however it pushed both countries on the brink of war and more influx of US forces in the region which diverted their motive of carrying counterterrorism strikes in the region. Biden is more inclined to reenter into JCPOA deal with Iran through diplomacy only if Iran would show strict compliance with stipulated terms. On the contrary, Trump’s counterpart wants to give up Riyadh’s support for war in Yemen.

Will nationalist sentiments continue to perpetuate in US politics or liberal internationalism will become dominant force in post-election era?

Additionally, Trump has not proved to be fruitful in rolling back North Korean nuclear program even though he met NK’s supreme leader, Kim Jong, for three times in 2018 and 2019. This is what caused harsh criticism for Republican president Trump setting US leverage at stakes for little cause. Quite the opposite, Democratic contestant has deniedfor any possible meeting with Kim Jong without precondition.

Additionally, Trump has been quite clear on US foreign policy in Afghanistan during his presidency; his administration left no stone unturned to bring back US forces to home from the country’s longest war. His administration made historical US-Taliban deal in February 2020 in Doha. However, complete withdrawal of foreign forces more depends upon intra-Afghan talks and Taliban’s commitment to repeal other banned Islamist outfits predominantly ISIS. Quite the same, former vice president holds the notionof bringing back US forces to home from Afghanistan, but for the sake combating terrorism, small number of special forceand intelligence asset should be ensured in Afghanistan. However, fate of Afghanistan is more about the same after the US presidential election.

Undeniably, Trump has come soft upon Russia since his succession to White House and he mostly avoidsdiscussing Russia explicitly; however Russia has been making every possible effort to uproot democratic values of West significantly. Biden has been holding grudge against Russia. While addressing to public during his election campaign, Biden alleged in Vladimir Putin for weakening NATO, dividing European Union and undermining US electoral system. Thus post-election era, if Democratic candidate get through successfully, would be more straining for US-Russian relations.

South Asia would not be of much importance for the both of the candidates but they would like to reinforce ties with India for making balance of power with China in the region. However, Biden would recognize the problem while dealing with India due to growing concerns over authoritarian regimeand increasingly human rights violation predominantly in Kashmir; besides his Vice President nomination Kamala Harris, from Indian origin, has becoming a hot debate in media and among Indian Diasporas during these days and most of them consider such a gesture as pro-Indian Biden administration however it may prove to be positive sign for Delhi. Moreover, Biden has visited to Pakistan for plenty of times however he would be more inclined to be engaged with Islamabad more predictably than his counterpart Trump. Much of it will depend upon how bold and creative Islamabad is in engaging his administration.

The writer is Freelance writer