* FO says Pakistan has an abiding commitment to the full realisation of legitimate rights of Palestinian people
* Iran, Turkey lash out at UAE for normalising diplomatic relations with Israel 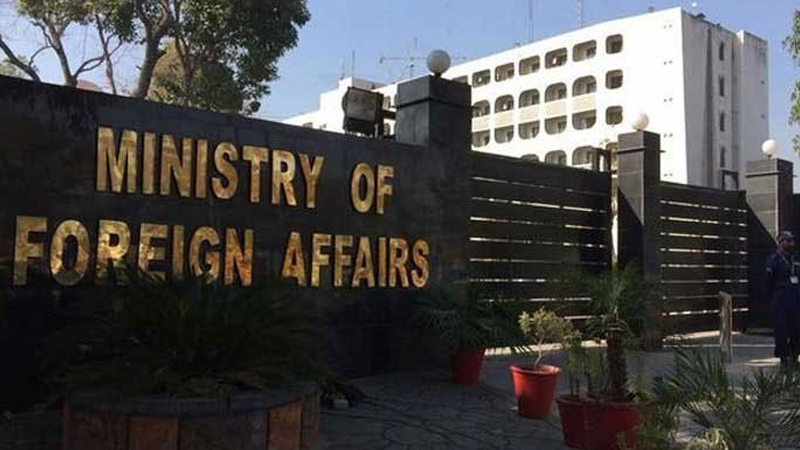 Pakistan on Friday said that its approach to the agreement between UAE and Israel will be guided by how Palestinian’s rights and aspirations are upheld.

“Pakistan’s approach will be guided by our evaluation of how Palestinians’ rights and aspirations are upheld and how regional peace, security and stability are preserved,” said a statement by the Foreign Office. It noted that the development has ‘far-reaching implications’. “Pakistan has an abiding commitment to the full realisation of the legitimate rights of the Palestinian people, including the right to self-determination,” the statement highlighted. “Peace and stability in the Middle East region is also Pakistan’s key priority,” it added.

The statement also stressed that Pakistan has “consistently supported a two-state solution in accordance with the relevant UN and OIC resolutions as well as international law” so that a “comprehensive and lasting peace” in the region can be established.

Meanwhile, Iran and Turkey lashed out at their regional rival the United Arab Emirates on Friday over its decision to normalise diplomatic relations with Israel in a US-brokered deal, accusing it of betraying the Palestinian cause.

Iran’s Foreign Ministry called the deal a “dagger that was unjustly struck by the UAE in the backs of the Palestinian people and all Muslims”. Turkey said the peoples of the region “will never forget and will never forgive this hypocritical behaviour” by the UAE. The UAE, which has never fought Israel and has quietly been improving ties for years, said the agreement put a hold on Israel’s plans to unilaterally annex parts of the occupied West Bank, which the Palestinians view as the heartland of their future state.

But the Turkish Foreign Ministry said the UAE had no authority to negotiate with Israel on behalf of the Palestinians or “to make concessions on matters vital to Palestine”.

Later on Friday, Erdogan said he was considering downgrading Turkey’s relations with the UAE and recalling its ambassador.

Oman, a Gulf country that has cultivated closer ties with Israel in recent years, even hosting a visit by Israeli Prime Minister Benjamin Netanyahu last year, meanwhile welcomed the agreement. The Foreign Ministry statement, carried by the state-run Oman News Agency, did not say if the sultanate would make a similar move.

The agreement would make the UAE the first Gulf Arab state – and the third Arab country, after Egypt and Jordan – to have full diplomatic ties with Israel. The Palestinians say the deal amounts to “treason” and have called on Arab and Muslim countries to oppose it.

The historic deal delivered a key foreign policy victory for US President Donald Trump as he seeks re-election and reflected a changing Middle East in which shared concerns about archenemy Iran have largely overtaken traditional Arab support for the Palestinians. Trump has predicted that other countries in the region will follow the UAE’s lead.

Israel, the UAE and other Gulf countries that view Iran as a regional menace have been cultivating closer ties in recent years. Turkey has had diplomatic relations with Israel for decades, but under President Recep Tayyip Erdogan has positioned itself as a champion of the Palestinians. Turkey and the UAE support rival camps in the conflict in Libya.