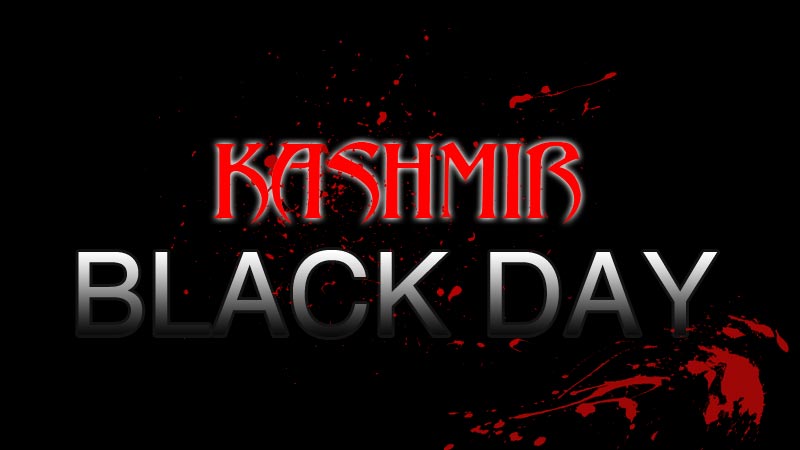 Kashmiris on both sides of the Line of Control and the world over will observe the Indian Independence Day today as ‘Black Day’ to convey the message to the international community that New Delhi continues to deny them their inalienable right to self-determination.

The day will be marked with a complete shutdown in the Indian Illegally Occupied Jammu and Kashmir, call for which has been given by veteran Hurriyat leader Syed Ali Gilani, All Parties Hurriyat Conference, Mirwaiz Umar Farooq-led Hurriyat Forum and supported by almost all Hurriyat leaders and organizations. The Kashmiris across the world will hold anti-India demonstration in front of Indian embassies to draw the world attention towards the Indian brutalities in the occupied territory.

Syed Ali Gilani, in a message referring to India’s illegal occupation over Jammu and Kashmir, said that a nation that resorts to usurpation and deprives others of their freedoms loses every right to celebrate its freedom. He asked people to observe complete shutdown on August 15 to keep alive the tradition of observing India’s Independence Day as ‘Black Day’.

The APHC spokesman in a statement issued in Srinagar said that India has no moral right to observe its Independence Day as it has held people and land of Kashmir illegally for the last 73 years through military might.

Meanwhile, the Human Rights Watch (HRW) has slammed the Indian government for the recent killing of three Kashmiris – who were labelled as terrorists by the Indian Army – demanding New Delhi hold an independent and impartial investigation into the incident. “Security forces have long operated with impunity in Kashmir, and past army investigations have been more focused on shielding those responsible for abuse than providing justice,” said Meenakshi Ganguly, South Asia director at Human Rights Watch.