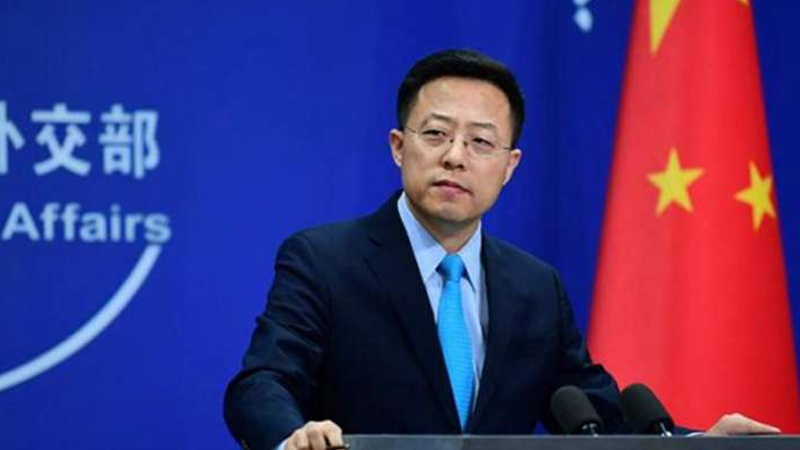 A Chinese foreign ministry’s spokesperson on Friday congratulated Pakistani nation on the 74th Independence Day and expressed the confidence that Pakistan would attain greater achievements in the national development.

“On Pakistan’s Independence Day, we warmly congratulate you on that,” Zho Lijian said during his regular briefing held here.

“We believe Pakistan will achieve greater achievements in the national development and we hope the China-Pakistan friendship will continue blossoming,” he added.

Responding to a question regarding the Chinese support to help Pakistan fight the Covid-19 pandemic, he said since the spread of Covid-19, China and Pakistan had been standing together and offering each other assistance, a telling example of two people’s deep traditional friendship.

He said, the Chinese Government attached high importance to supporting Pakistan in combating the epidemic, adding, “Our antivirus cooperation shows solidarity and cooperation is the most powerful weapon to deal with global challenges.”

Zhao Lijian remarked that statistics showed that the Chinese Government had provided Pakistan with seven badges of supplies this year including masks, protective gowns, testing reagents, ventilators, protective goggles, surgical gloves and thermometer guns. “All together weigh more than 100 tonnes.”

He said, China would continue to fight Covid-19 alongside Pakistan and expand the cooperation in the areas like material resistance, experience sharing, traditional medicines and vaccine until we vanquish the virus.

The spokesperson informed that a batch of 1,000 ventilators donated by China were handed over to the Chairman of National Disaster Management Authority (NDMA) in Islamabad yesterday.

The chairman expressed thanks for the Chinese government and people and said this huge amount of assistance flowing in from China helped Pakistan to contain the epidemic.

He said the Chinese side also helped to win the locusts swarms in Pakistan and added, “These have added a new dimension to bilateral friendship between China and Pakistan.”