* Pledge to build Pakistan as envisioned by Quaid-e-Azam 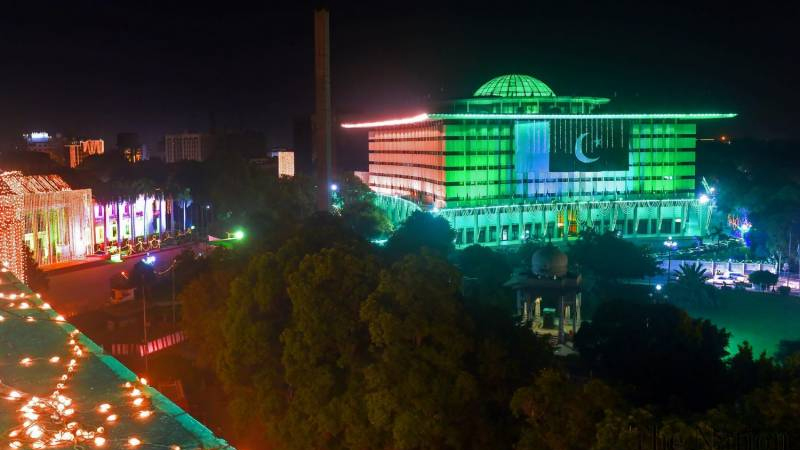 Federal ministers and parliamentarians belonging to treasury and opposition in the Parliament in their messages congratulated the nation on the 73rd Independence Day celebrated on August 14.

In a statement, Minister for Ports and Shipping Ali Zaidi said, “Independence Day is a time to pay homage to our founding fathers and those who sacrificed everything in creating Pakistan. We must recommit ourselves to build Pakistan as envisioned by the great Quaid-e-Azam. Youm-e-Azadi Mubarak to all Pakistanis around the world”.

Minister for Human Rights Shireen Mazari in her message said, “We must commit to staying on track to achieve the goal of peace and prosperity for Pakistan, defeating detractors filled with messages of hate and intolerance.

Today let us enjoy being an independent nation and vow to fight to defend our rights enshrined in our constitution.”

Minister of State for Parliamentary Affairs Ali Muhammad Khan also felicitated nation on the independence day and said the day was also celebrated in Indian Occupied Kashmir and Kashmiris covered graves of their martyrs with Pakistan flags.

He said Pakistan was a gift to the nation from Quaid-e-Azam Muhammad Ali Jinnah who had said no power on earth could undo Pakistan.

Leader of opposition in the National Assembly, Shehbaz Sharif said Pakistan was a living miracle of Quaid-i-Azam’s political genius and his rock-like determination. Quaid’s motto of unity, faith and discipline was the organizing principle for our people in the journey to find our rightful place in the comity of nations.

“Seven decades down the line, the nation needs to have an introspection. An internally harmonious, politically stable, and economically prosperous Pakistan cannot only guard its own interests but also those of Kashmiris and other oppressed people around the world.”

In their separate messages, Speaker National Assembly Asad Qaiser and Deputy Speaker Qasim Khan Suri also congratulated the nation. The Speaker said this day was a day of renewal of our commitments and reminded of the unforgettable struggle and sacrifices made by our forefathers for next generations to live in freedom.

The speaker remarked that undoubtedly freedom was a great blessing and the nations which were living a life in slavery and were being subjected to oppression and exploitation know the value of freedom.

of the Holy Quran and practices of the Holy Prophet Muhammad PBUH were implemented.

Quaid-e-Azam also dreamed about such a peaceful, democratic and welfare state that would be a model for the whole world.

Deputy Speaker, Qasim Khan Suri said August 14 was the day of renewed commitment and reminded of the everlasting sacrifices rendered by the founders of Pakistan and our forefathers for the freedom of this country.

He said, “today we have to pledge that we will work together for the development of the country beyond provincialism, linguistics and political affiliations and work hard for progress and prosperity of homeland.”

Minister for Human Rights Shireen Mazari on Friday felicitated whole nation on Independence Day, saying that let us remind ourselves of promises unfulfilled especially towards equal safety and protection of all our non-Muslim citizens whom we still refer to as minorities. In her message, she said that “We have a long and difficult road to traverse to achieve our Quaid Jinnah’s vision for Pakistan, adding that but we must commit to staying on track to achieve this goal for Pakistan, defeating detractors filled with messages of hate and intolerance”.

“Today let us enjoy being an independent nation and vows to fight to defend our rights enshrined in our Constitution” she said.