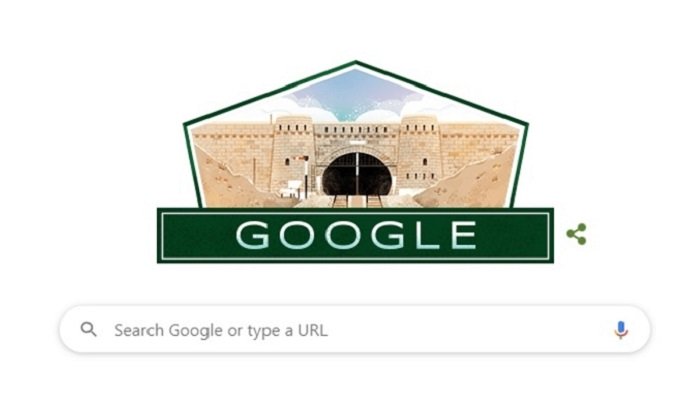 The construction on the historic Khojak Tunnel — one of the country’s oldest and longest underpasses — began in 1888 to extend the area’s railway through the Khojak pass of the Toba Kakar mountain range.

The country marks its 73rd year of independence with public and private buildings as well as streets bazaars and markets illuminated.

National flags, buntings, portraits of founding fathers, posters, and banners are also seen everywhere across the country as part of the Independence Day celebrations.

In the past as well, Google has celebrated the birthdays of legendary musician Nusrat Fateh Ali Khan’s and philanthropist Abdul Sattar Edhi with doodles.

Google doodles have now become a part of the Internet culture which users find quite amusing as they get to learn about interesting events along with their daily searches.