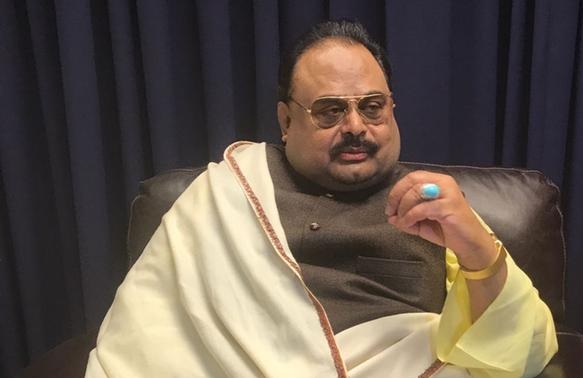 LONDON: The Pakistani government has asked its British counterpart to extradite Muttahida Qaumi Movement (MQM) leader and founder Altaf Hussain, as well as Muhammad Anwar and Iftikhar Hussain, to face charges in related to the Imran Farooq murder case.

The formal request to the UK, the details of which were reported by a local news outlet, came nearly two months after an anti-terrorism court (ATC) in Islamabad handed life imprisonment to Khalid Shamim, Mohsin Ali Syed, and Moazzam Ali — the three men accused in the Imran Farooq murder case.

Dr Farooq was killed almost 10 years ago on September 16, 2010, outside his home in Edgware in north London.

ATC Judge Shahrukh Arjumand had remarked that the prosecution succeeded in proving the case against the three. This was the first-ever case in which the Scotland Yard handed over almost the entire evidence to Pakistan for prosecution via a one-off mutual legal assistance (MLA) agreement, with members of its counter-terror unit present in Pakistan throughout the trial.

Over a dozen witnesses from London had appeared before the trial judge via video link.

Pakistan has now asked the British government to hand over Hussain, his cousin, Iftikhar, and Anwar for prosecution in the country — which is Pakistan — in the same case. While handing life sentence to the three accused, the court had declared the London-based MQM leaders as “wanted” in the case.

Reportedly, Islamabad informed the British government that the three accused in Pakistan were successfully convicted on the basis of evidence shared by the UK authorities and the same evidence established that there was a wide “criminal conspiracy” involving Hussain, Anwar and Hussain. Reportedly, UK government had been informed that its own investigators made the convictions in Pakistan possible and that both countries collaborated with each other to make it happen.

While requesting the trio’s extradition from London, Pakistan also asked the UK government to investigate the three based on the ATC judgment.

In its letter to the UK government, Pakistan said Dr Farooq’s murder was not a simple one but a well-planned conspiracy involving meticulous planning and funding.

Reportedly, Pakistan would be “attaching” the properties of Hussain, Anwar and Hussain in Pakistan.

The ATC had issued perpetual arrest warrants for the three, as well as Muhammad Kashif Khan Kamran, who is believed to have died in police custody.

The court, in its detailed order, had stated that it was proved that the “MQM founder gave the orders” to murder Farooq.

“Two senior leaders of MQM-London conveyed the orders to Pakistan,” the court had said in its 39-page order. It added that Moazzam Ali had selected the men to carry out the murder from the then-headquarters of the MQM, Nine-Zero.

“Mohsin Ali and Kashif Khan Kamran were selected for murdering Imran Farooq,” the order had said, adding that both were taken to London and provided support to carry out the crime.

The court had observed that Dr Farooq’s notes — written and signed by him in 2008 — showed that he feared he would be killed on the pretext of trying to become the top leader in the MQM.

In a recent interview with a local news outlet, Anwar had strongly denied the murder allegations, saying there was no evidence against him. He had also said that he had no knowledge of the murder and did not know anything about the plotters or abettors.